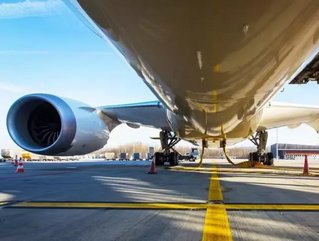 Canadian Biotechnology firm Agrisoma Biosciences has announced that its oilseed biojet fuel has successfully been used in the first ever transpacific flight between Australia and the United States.

The fuel is created through the harvest of Carinata crop, the grain of which is then crushed to retract the oil that is then converted into jet fuel using traditional processes.

The bio jet fuel replaced 10% of the standard petroleum jet fuel needed to complete the flight, with the plane that undertook the journey having left on 28 January from Los Angeles International Airport, arriving 15 hours later in Melbourne.

“This is the beginning of something big,” says Agrisoma CEO Steve Fabijanski. “This 10% represents a pivotal shift in helping airlines like Qantas work toward a 100% carbon neutral growth starting in 2021.”

The biofueled flight is not only a first for Agrisoma Biosciences but also a first for the new Qantas Boeing 787-9 Dreamliner – an aircraft that looks to encompass more sustainable aviation.

“The Qantas Dreamliner marks an exciting new era of innovation and travel,” Qantas International CEO, Alison Weber, said. “The aircraft is more fuel efficient and generates fewer greenhouse emissions than similarly sized-aircraft and today’s flight will see a further reduction on this route.”