Is Ford's acquisition of robotics startup Quantum Signal a sign of things to come? 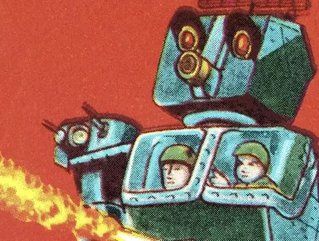 This week, the Ford Motor Company spent an undisclosed sum of money on a small robotics firm in Saline, Michigan.

Since 1999, Quantum Signal has been building end-to-end automation solutions that bring the works of William Gibson and Philp K Dick a little closer to reality every day. “Unfortunately, a few saucer-shaped vacuum cleaners notwithstanding, few robots exist in our everyday lives,” laments the company site. “The lack of pervasive robot application stems mostly from difficulties in sensing, perception, and control. Robots cannot perceive their environment nearly as well as humans, and they often have a hard time making the right motions in a timely and responsive fashion.”

For 20 years, Quantum Signal has worked to rectify this unfortunate fact, working on projects ranging from autonomous vehicle fleet management systems to a fully-realized simulation of a goat (the company’s website is not forthcoming as to why they were contracted to do this).

However, it wasn’t (that we know of) the simulated goat that landed Quantum Signal a presumably lucrative offer from Ford - an offer that allowed the tiny company to continue operating unmolested by the auto manufacturer’s corporate structure and retain its headquarters in a decommissioned Michigan high school.

Quantum Signal’s main selling point is its work with sensors for robots. Ford, in a rush to meet a self-imposed deadline to provide functional self-driving cars by 2021, has acquired the company for its expertise in helping robots navigate the chaotic world around them.

And there are few places more chaotic than a battlefield. One of the reasons you’ve probably never heard of Quantum Signal until now is that, over the course of their career, one of their principal customers has been the US military. In addition to having deeper pockets than God, the US military has been, in some capacity, engaged in warfare for 225 of the 242 years since the signing of the Declaration of Independence - fertile testing grounds for all sorts of technological innovations. As Quantum Signal’s slogan states: “Smart engineering. Creative solutions. Killer results.”

Welcome to a multipart Business Chief series that will explore the relationship between the United States Department of Defence (DoD) and the small technology firms and startups that provide so much of its innovation, and how the relationship provides not only funding, but the sort of testing and development environment that allows these companies to transition to the private sector with a more fully formed identity and portfolio.

As a private sector firm the potential benefits of hiring - as Quantum Signal describes its team - “your own personal technology hit squad (Killin’ it since 1999)” from within the Military Industrial complex, speak for themselves.

The destructive power of 327mn Big Macs per day

An oft-cited fact is that the United States spends more on its military than the next several countries combined, but the figures quoted are nearly always so astronomical that they lose any sense of realism. To put things in perspective a little, global military spending in 2018 rose by 5.4% to a rough total of $1.82trn, which is basically equal to the gross domestic product (GDP) of Canada. All of Canada.

Of that $1.82trn, the United States spent approximately $649bn, a little over one third of all the military spending on the planet. That means that the United States spends around $1.8bn every day. Alternatively that figure can be represented as around $20,800 every second, enough money to buy every single person in the United States a Big Mac every 16 hours. Putting aside the logistical complications of repurposing the US armed forces in such a way, the sum does raise questions as to the budget’s necessity - especially given that the figure proposed by the Trump administration for the 2020 DoD budget is $718.3bn.

Economic anthropologist David Graeber, in his book Debt: The First 5,000 Years, hypothesises that, given the delicate and intricate network of financial bonds the United States owes to other countries (particularly its major political and economic rival China) the massively disproportionate level of spending on aircraft carriers, tanks and this nightmare robot dog is an insurance policy against its debtors coming calling. It could be as simple as Teddy Roosevelt once said: “Speak softly and carry a stick that can level every other person with a stick in a single afternoon” (or something to that effect).

Either way, the US armed forces are facing the same problem that the earliest Egyptian pharaohs faced when their armies were routed by marauders from Mesopotamia in unbreakable bronze armor with sharper swords that didn’t rust: technological advancements and the resulting disruption.

In the same way that Industry 4.0 is disrupting business ecosystems across the globe, the meteoric rise of artificial intelligence, machine learning, 5G, IoT and analytical technologies are causing almost as much of a headache for the US Joint Services as aircraft carriers caused for the Imperial Japanese Navy in 1945.

The issue is this: the United States Air Force currently has plans to build over 1,700 Lockheed Martin F-35 Lightning fighter jets. Each jet costs approximately $82mn to produce. That’s a hefty price tag, considering that, in 2018, researchers at the University of Dayton Research Institute showed exactly what happens when a two pound drone strikes an airplane’s wing. With the plummeting prices in consumer drones, and the increasing capabilities of unmanned military technology, the age of the expensive American weapons platform could go the way of the battleship.

At least, sort of so thinks the US DoD. In February 2019, the US Army opened its new Army Futures Command hub, The Capital Factory, in Austin Texas. According to an Inc report, the center is “the most sweeping modernization effort in decades across the largest branch of the military. As the pace of tech change has quickened, the Army has begun to look badly outdated in fields like artificial intelligence and robotics.”

The American military agrees. The DoD’s Unmanned Systems Integrated Roadmap for 2017-2042 states that “U.S. military strategy in the modern era has focused on maintaining technological superiority over our adversaries. However, the ability of DoD to maintain a strategic advantage over its adversaries through developments in science and technology (S&T) is being challenged by globalization and the information revolution. Ongoing advancements in autonomy offer DoD the ability to maintain its technical superiority in a variety of areas, including unmanned systems. Due to the revolutionary potential of the technology, DoD must continue to pursue innovations in autonomy that enhance the integration of unmanned systems into the future Joint Force structure.”

The US Military envisions the new Capital Factory as one of its best ways to “put decision makers responsible for modernization of the military closer to innovators,” according to Lieutenant-General Stephen Lanza, Retired in a recent article for VentureBeat. “The Army envisions it as being nimble and better able to work with entrepreneurs and innovators.”

The sentiment is echoed in the proposal for the 2020 DoD budget, which lists its main priorities as investing in the emerging space and cyber warfighting domains; modernizing capabilities in the air, maritime, and land warfighting domains; innovating more rapidly to strengthen our competitive advantage; and sustaining our forces and building on our readiness gains.

The budgets ‘fully recognizes’ the changing nature of warfare and - in addition to setting aside $72mn for Donald Trump’s somewhat controversial “Space Force” initiative - earmarks $9.6bn for cyber warfare projects, $447mn to build “two large unmanned surface vehicles” for the Navy, and $3.7bn to be invested in unmanned and autonomous projects intended “to enhance freedom of maneuver and lethality in contested environments.” The US Military is (albeit slowly - the budget also contains a $3bn request for a model of aircraft carrier first built around the end of WW2) evolving.

If it’s going to meet its (again, self-imposed) deadline for having self-driving cars on the road by 2021, Ford is confident that small, military-tested and experienced startups like Quantum Signal are the answer. While a not-insignificant number of technology companies (Google for example) are reticent to take on large and complex projects to provide the world’s largest military with the gear to kill large numbers of people in increasingly complex and effective ways, there are a large number of startups receiving grants from the DoD on a regular basis, testing technologies with civilian applications, and may well be on the way to creating the consumer and enterprise technologies of tomorrow. The speed of digital transformation and technological advancement is only expanding.

Science Fiction author Claudia Gray wrote: “Napoleon might have understood Dwight D. Eisenhower, who fought not even a hundred and fifty years after Waterloo. But I don't think Eisenhower could even begin to wrap his mind around drone warfare, spy satellites, or any of the technology that now defines the security of our world… For generations now, people have dreaded World War Three. But they’re making a huge mistake. They’re expecting war to look the way it looked before.”