French venture capitalists look to the US for inspiration and innovation 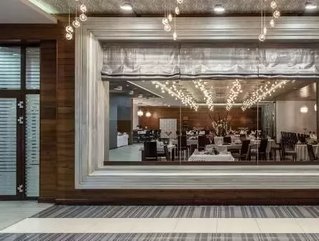 French venture capitalism is coming to the United States, and it’s looking for the best and brightest startups in the food, beverage and hospitality fields. 33entrepreneurs—a venture capital “accelerator” company that touts itself as the first of its kind dedicated to supporting startups in the food, beverage and hospitality industries—has been taking a tour of the United States and Canada in order to give North American startups the opportunity to pitch their ideas to potential investors.

So far the VC accelerator firm is halfway on its nine-city tour of some of the biggest cities in the U.S. and Canada, where over 500 startup are pitching their ideas—in the hopes of earning a finalist spot pitching further at either Bon AppeTech or Phocuswright. The top three startups will receive a $100,000 equity investment and three months at an acceleration program in France which will help the winners explore and enter the EMEA market.

In promoting this tour, the firm explained its state of mind, noting that it’s looking for startups who can capture that in their new innovations:

“The way we understand food is totally different from the way Americans think about it,” [33entrepreneurs partner Kevin Camphuis] told FRANCE 24. “For many Americans, food is fuel. So food innovation in the US can be very functional and thus very visible. For a French person, food means love, pleasure, gathering around a table. Innovation for us is about improving the experience that you share, about the quality of what you prepare, the time and ease it takes, and how to access a larger variety of good quality ingredients.”

“France has certainly been inspiring the US,” Camphuis said. “But in France, we’re also inspired by the Americans.” Nutrition awareness, for example, which is commonplace (if not obsessed over) in the US, remains glaringly absent in France (many people are vague in their understanding of a carbohydrate).

Camphuis explained that some of the top startups in France are focusing on these more American conceits, finding progress in vitamin supplements and biotechnology. By promoting cross-cultural investments and understanding, there is still a lot left for both regions to learn.