Future-proofing your network: Distributing updates to the edge 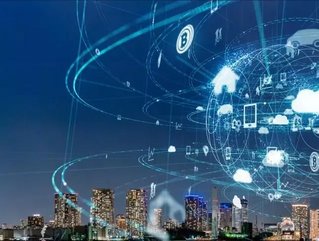 Kirk Wolfe, VP of Corporate Development at Kollective, discusses future-proofing networks to stay on top of the evolution of IoT.

The growth of cloud computing combined with the rapid expansion in devices at the network edge presents a daunting challenge for businesses attempting to keep up with the resulting demands on their network infrastructure. The Internet of Things (IoT) is fueling this evolution as IT organizations deploy IoT devices across modern workplace operations to drive business efficiencies and automation.

While a lot of the IoT “hype” focuses on consumer products such as wearable technology or intelligent refrigerators, enterprise-focused IoT networks are poised to deliver significant benefits to the business universe. As the network edge expands through the deployment of large-scale IoT networks, businesses will increasingly be able to gather important data and insights to open up new business opportunities, transform workplace safety, optimize energy use, and more.

All IT organizations adding IoT devices to their internal networks are faced with the challenge of regularly delivering vital updates to these devices to both prevent security holes from opening up and enable the latest functionality. So, as the IoT movement brings millions of new devices with a range of operating systems and a wide variety of update schedules into the workplace, how will IT organizations solve this complicated problem and build large-scale IoT networks to deliver business benefits?

The promise of increased productivity is driving IoT demand

Kollective’s research shows a clear demand for the enterprise adoption of IoT devices, with 88% of IT decision makers agreeing that they will make their workplaces more efficient. The Internet of Things offers significant promise for improving data collection, automating processes, reducing maintenance costs, and enhancing asset utilization. However, there are considerable hurdles to overcome to scale IoT networks and deliver on this increased productivity promise.

IT organizations already struggle to keep up with distributing an increasing frequency of Windows 10 and line-of-business application updates to mobile devices and laptops currently connected to its global network. As exponentially more IoT devices begin moving onto these same global networks, IT leaders will need to invest into the networking infrastructure to enable rapid scaling and regular updating of devices.

IoT in the workplace: Security challenges

According to telecommunications company, Ericsson, we can expect 18 billion IoT devices to be in use by 2022. While some of these devices will be used by consumers and set up in homes, the most significant large-scale IoT networks will be managed by the enterprise. However, IT organizations will first need to overcome the security concerns presented by devices on their network edge.

The growth of IoT devices at the edge of a corporate network increases the attack surface of an organization. Our research shows that over half (55%) of IT leaders consider security risks to be the number one roadblock for IoT adoption in the enterprise. These concerns are overshadowing the potential benefits and slowing overall adoption. For some companies, this will result in being left behind as the competition races ahead with digital transformation.

Our Kollective research shows 88% of respondents believe IT organizations hold full responsibility for regularly managing, monitoring, updating, and testing these devices. A further 90% of respondents think all IoT updates should be tested before they are installed. This will place significant pressure on IT leaders to invest in the network infrastructure to not only initially scale these IoT networks, but deliver a regular drumbeat of software updates and patches to maintain security across every edge device.

The rise of edge computing

The rise of edge computing requires more processes to be managed at the device level, rather than in the cloud. Often times, the business use cases for IoT devices will require deployment in remote regions where bandwidth is both scarce and expensive. In addition to maintaining security, IT leaders will need to prepare for controlling and updating hundreds of thousands, if not millions, of IoT devices at scale with minimal bandwidth to make it happen.

This introduces additional roadblocks to IoT adoption as networks become more complex with exponentially more devices while moving into more remote locations. The fact that IoT devices will be ratchet up the volume of data generated at the edge only compounds the network challenges with managing the flow of data from the edge back to the cloud.

Kollective’s research indicates over half of IT decision makers believe that it will be impossible to keep all IoT devices in the enterprise up to date all of the time. Since many IT organizations already struggle to keep all non-IoT devices on their networks up-to-date, the oncoming wave of IoT devices will require scalable networking infrastructure to reliably distribute updates to the edge.

Looking to the future

As large-scale IoT networks become more pervasive across the enterprise space, IT organizations will be challenged to monitor, manage, and distribute updates quickly, efficiently, and securely to every device in every remote corner of the globe.

A recently published Network Readiness Survey from Accenture identified “demands for bandwidth and performance outpacing the ability to deliver” as the top barrier to networks keeping up with business demands. When Kollective asked IT leaders what technology solutions would help them overcome these challenges, almost half (47%) stated investment in software-defined networking infrastructure could help.

Kollective’s experience running a software-defined enterprise content delivery network with over 6 million end points for its base of Global 2000 customers provides unique insights into the future of networking. The way forward to future proof networks to enable distribution to the edge while meeting business demands will be software-defined networking (SDN). This architectural approach enables a network to be intelligently and centrally controlled using only software.

As IoT devices rapidly grow the network edge, more education is needed to help IT leaders understand the benefits of running software-defined networks over existing infrastructure to connect cloud to edge. The ability to distribute software updates to the edge without having to rip out and replace existing hardware or put a strain on the network will be critical to establishing large-scale IoT networks and delivering on the significant potential for IoT to transform the enterprise.