The future of technology within aviation 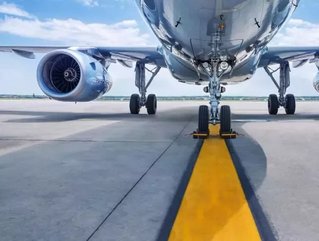 Aviation is one of the most exciting sectors for potential disruption. With other mainstay industries like taxis and hotels being disrupted, it seems about time for improvements to the aviation industry. There is too much reliance on large airport hubs, too much inefficiency in fuel usage, and security queues are too long.

Fortunately, there are lots of businesses popping-up which aim to use technology to improve the flying experience. Crowdfunding, in particular, is helping more of these innovative businesses to get started, changing the way we fly forever.

So what technologies can we expect to see in the near future?

Getting you there quicker

Most of us have checked-in online or via our mobile devices, taking our boarding passes with us to the airport. This has reduced queue time and the reliance on check-in counter staff. In the future, we will be able to do the same for security.

For example, Waves uses a secure online security system to match and check identities before customers arrive at the airport. It’s essentially an extension of the KYC (Know Your Customer) technology that has been developed in recent years, but applied to airport security. It’s also been approved by the BAA, so it matches the high security standards of typical commercial flights, yet drastically cuts down the time from arrival at an airport to take-off.

Currently, aircraft need to be manually checked between each flight, which can take up to three hours, depending on the size of the aircraft. Fortunately, the future of flying will include automated aircraft checks conducted by robots and AI, which will speed-up the process considerably.

The AI will likely be built into the aircraft itself as well as into external tools. These AIs will communicate and work together to assess the aircraft inside and out before take-off. Not only should this process be quicker, it should also be more reliable as you eliminate any chance of human error.

Technology like 3D printing will allow for new aircraft and engine design possibilities. For example, there are already teams working on thinner, 3D-printed, low-drag wings from layered composite materials. This will allow for the return of supersonic flights, but with far higher safety standards.

In the past, the issue has been the strength-to-weight ratio: you need to keep components light, yet strong enough to withstand the forces flying can put on them. When you have to attach things like wings, this gets even trickier as you introduce a point of weakness.

By 3D printing components, however, we can do things we’ve never done before, like create a single piece wing, where it doesn’t attach with rivets but through the material itself. We can also do things like layer composite alloys, improving their strength while reducing the weight.

Getting you there safer

Currently in the works are helmets that include an augmented reality (AG) display. This will allow pilots to keep track of all of the controls, alerts, signals, etc. more easily.  It will also allow pilots to undergo more immersive training – visualising exactly how the aircraft will react in various circumstances.

While we expect that there will always be some sort of pilot sitting at the controls, we will increasingly see AI taking the controls. At first, AI will make small adjustments to the flight course and aircraft environment in order to maximise passenger comfort and safety. As the technology gets more advanced, AI will take more of the controls away from pilots, adapting to conditions with reactions far faster than any human.

What seems likely is that AG will come first, teaching AIs how pilots operate the aircraft. As the switches and dials have already been digitalised, it will be easy for AIs to step-in and begin making adjustments. The transfer of control will be gradual as pilots become confident in transferring control of certain aspects of the flight over to an AI.

It’s similar to cars – 20 years ago we all learnt how to stop our brakes from locking during an emergency stop. Now we have cars which automatically stop the brakes from locking, and we’re passing more control over our driving to autonomous machines, with self-driving cars looking a real possibility.

Flying is one of the safest forms of transport, but it is also one of the least environmentally-friendly. It is no surprise, then, that there are billions of dollars of investment going into developing more fuel-efficient engines and flight solutions.

One such solution is to make use of the massive amounts of data available to understand customers’ travelling behaviours and adapting to better meet their needs. For example, data can help us understand which flights, on which days, at which time of year are the most and least popular. A suitable aircraft can then be chosen for the number of passengers, rather than using a larger, less efficient craft.

In the meantime, we expect to see hybrid electric-fuel engines that lessen the reliance on conventional petrol. This will be complimented by improvements to engine design. There are different ways to run cold air over the jet engine, for example, that would further reduce the amount of fuel an engine requires. Advancements like these are always in development and gradually improve aircraft over time, but with other technologies like Big Data and 3D printing coming into play, I expect we will see bigger step-changes in flying efficiency in the coming years.