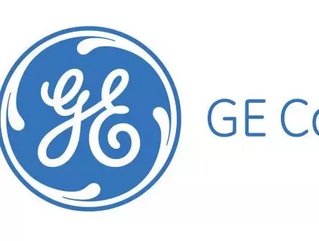 CE Capital reached an significant milestone last week, when it obtained its 100th IT professional for the GE Capital Technology Center in New Orleans. The new hire help keeps the Company on track to employ 150 IT professionals by the end of the 2013. By 2015, GE Capital wants to produce a total of 300 jobs with salaries ranging from $60,000 to $100,000 (plus benefits) that will support the Company’s growth as a leader in New Orleans’ developing technology sector.

“We are aggressively looking to bring more dynamic IT talent to New Orleans. This city is truly one of the nation’s unique treasures. New Orleans is an exciting place to work due to the spirit of innovation, technology, entrepreneurship and, most of all, its rich culture,” says Mike De Boer, chief information officer, GE Capital Technology Center New Orleans.

The most recent hire by GE Capital’s is a native of New Orleans, and is great representation of the amazing talent that New Orleans has to offer. Among recent honors, the city was named “No. 1 Metro for IT Job Growth in the USA,” and Forbes named the New Orleans metro area second “Best Big City for a Job”.

Over half of GE Capital’s new hires are from Louisiana, and the Company will continue to recruit experienced candidates from Louisiana and New Orleans. Recruitment efforts will also include a national outreach campaign emphasizing New Orleans as a dynamic place to work and live.

The GE Capital Technology Center is located in the heart of New Orleans’ Central Business District on the 30th floor of Place St. Charles. The first phase of the technology center, dedicated in April, has 24,000 square feet of operational workspace. The second phase of construction, encompassing 20,000 square feet, is currently underway on the 32nd and 33rd floors and should be operational by the end of October 2013. By 2015, the company plans to build out a total of 70,000 square feet of space, featuring state-of-the-art equipment, collaborative workspaces and breathtaking views of New Orleans.

Information Technology has become one of the main industries behind ecomonic growth in New Orleans. GE Capital is motivated to continue developing this important segment of New Orleans industry and is currently hiring experienced IT professionals in the following categories: business solutions, system administrators, data management, enterprise and networking services.

“This milestone is an exciting one for the GE Capital Technology Center New Orleans,” said Martha Poulter, GE Capital vice president and chief information officer. “Knowing we can recruit qualified talent to work and live in this exceptional city reaffirms our decision to build our Technology Center here.”