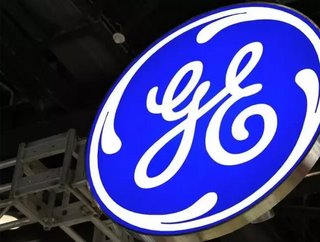 Earlier this year, the province of Ontario partnered with General Electric Canada to provide the company with a $20.5 million grant, aiding to fund the new Brilliant Factory in Welland.

The facility will be one of the most technologically advanced of its kind in the world, bringing a plethora of economic opportunities to the local area. It will create a fully-integrated industrial Internet of Things approach to manufacturing, and as such, further enhance Ontario’s status as a growing presence in the world of technology.

Business Review USA & Canada spoke with Elyse Allan, CEO of GE Canada, and Kim Warburton, Vice President of Communications and Public Affairs, about the new Welland factory and what it means both for GE and for Ontario.

“We broke ground in August this year,” Allan says, “and expect the factory to open early 2018. The first business to be located in the multimodal facility is GE Power, which will make reciprocating gas engines. The plant will also manufacture components for GE transportation diesel locomotive engines.”

GE has been in Canada since 1892, when iconic inventor Thomas Edison founded a factory in Peterborough, and it has maintained a presence ever since. Still, the Welland factory is a huge deal for Ontario and the nation itself, as Warburton explains: “We looked at many locations, but we settled in Ontario for proximity to the border and access to quality labor. There aren’t a lot of stories about big business in Canada, but this is a message of hope for the manufacturing sector in this country. When you’re part of a multinational, you fight every day for your countries because there’s lots of voices around the table, and many equally compelling reasons to go elsewhere. One of the big drivers is the Economic Development Corporation that exists in Canada, with which we have a great relationship.”

“The province is well located for export to reach our global customers,” adds Allan, “and has the incredible talent we need for our advanced facility.”

The work that GE will do in Canada is described by Warburton as “whole-world digital,” meaning an industrial level of IoT. “Advanced manufacturing now is about taking a look at existing factories and saying ‘how can we be better by using both digital and lean manufacturing?’, and so in Welland we’re building bigger and better efficiency through digitization.”

GE expects that the Brilliant Factory will swiftly allow production to run around 30 percent faster than it currently does, and that it will be at least 10 percent more productive. The Welland Plant is likely to remain one of the top 10 in the world, despite the fact that it will eventually be competing against at least two hundred others worldwide.

The facility will run 3D model-based simulations to help optimize manufacturing, and real-time analytics to ensure GE is able to predict and prevent unplanned downtime. “If you can predict what’s happening with your machine before it occurs, you can fix it in advance,” Warburton says. “3D manufacturing has become very advanced; you couldn’t do any of this five or 10 years ago. Down the line we’ll undoubtedly be using virtual reality in some factories. All these new things are now being brought into facilities which make them more viable than ever before.”

The Brilliant Factory production model, GE says, has evolved quite naturally to a point where it is among the most advanced in the world. “Just think about consumer internet 10 years ago – we’re now at the beginning stage of industrial internet, which is the next phase,” Warburton explains. “It’s really quite incredible when you think of the millions of machines and pieces of equipment that are now connected via the industrial internet, and that allows them all to talk to each other. You couldn’t do that not long ago.”

One of the most exciting prospects for Ontario as it helps to fund GE is the economic impact. The province is investing over $2 billion across a 10 year period through the Jobs and Prosperity Fund to bring in big business and create job opportunities; companies which are settling in Ontario to manufacture include Fiat Chrysler, General Motors, IBM, Google, and Huawei.

“Our aspiration is that Welland’s Brilliant Factory becomes one of the top GE factories in the world for advanced manufacturing,” Allan says, “and we look forward to working with the City of Welland to create jobs and economic growth.”

“Because of digitization and the tools involved in achieving it, you can do things more efficiently which puts a whole new face on traditional manufacturing,” Warburton adds. “Now we can have skilled workers doing skilled tasks. That’s the future of manufacturing, and it’s good news for Ontario.

“Welland has been a depressed area economically, and this building is a boost to the community. Others will look to Welland and hopefully choose to move there, helping the economy further. It’s a domino effect. We’re sourcing as much labor as possible from Welland itself, which we’ll be hiring for in 2017 ready to open the factory in 2018.”

In the words of Kathleen Wynne, Premier of Ontario, “GE’s decision to invest in Welland sends a clear message that our province has a lot to offer”; the project is a mutually advantageous strategic move which will benefit both the province and the technology giant immensely."