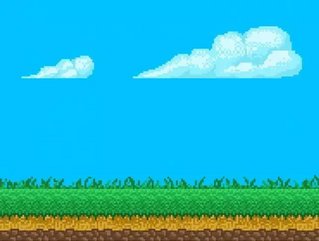 Global Blockchain Technologies Corporation (BLOC), a Vancouver based company that provides investors access to a basket of direct and indirect holdings within the blockchain space, announced today a new strategy following the acquisition of X2 Games Corporation. The purchase of X2 Games was completed on December 17, 2018 with BLOC acquiring all issued and outstanding shares in X2 Games, as well as all intellectual property rights to X2 Games’ current game projects, including the digital interactive games for Amazon Alexa.

As part of the transition, X2 executives Nolan Bushnell co-founder of Atari and Chuck E. Cheese’s, and Hollywood creative director and visual effects visionary Zai Ortiz will join BLOC’s leadership team as the company pivots to a gaming-related business focus.

X2 Games Co-Founder, Chairman and CEO Nolan Bushnell said: “This transition will help X2’s goal to revolutionize gaming and merge it with cinema and AI in exciting ways. At X2 Games we are always looking to find avenues for gaming in existing and emerging platforms. A primary component of our strategy is to tailor our products to the Smart-speaker, AI, mobile, AR and Interactive TV markets and gamify this space.”

According to BLOC, the two companies have initiated a comprehensive strategy through which BLOC’s assets will be leveraged to create success in the gaming, eSports and artificial intelligence space. Zai Ortiz, Chief Creative Officer, Co Founder and President of X2 Games commented, “Gamification will revolutionize the industry in how we think about gaming, and what we think of as a game. Future of interactive games is the merging of cinema, gaming, and AI – X2 is well positioned to take advantage of this rapidly growing industry.”

X2 Games has confirmed it will continue with the release of games already in its pipeline, including St. Noire, an Alexa-powered game scheduled for release in Q1 2019. Following the game’s release, the company will market and sell further releases from Nolan Bushnell’s back catalogue of unreleased games and intellectual property.