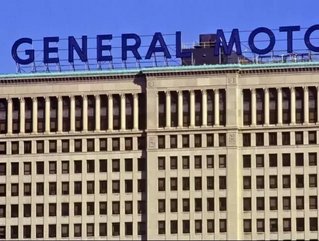 As the Internet of Things continues to develop as a concept, the race to capture the self-driving car market of the future is heating up. Tesla and Google have been at the forefront of driverless car development, but now a new name has thrown its hat in the ring. Today Lyft announced that it is closing on an impressive $1 billion in its latest round of fundraising, with a full half coming from General Motors. This significant investment earns GM a seat on Lyft’s board of directors, and marks the start of a long-term alliance with a very futuristic goal.

“We see the future of personal mobility as connected, seamless and autonomous,” said GM President Dan Ammann in a press release issued by the car company. “With GM and Lyft working together, we believe we can successfully implement this vision more rapidly.”

This alliance between GM and Lyft includes several elements, including access to OnStar services and the creation of rental hubs nationwide featuring GM as a preferred provider of short-term use rental vehicles for Lyft drivers—thus allowing people to become drivers without using their personal vehicles.

But the centerpiece of the new partnership is an effort to combine GM’s auto technology capabilities with Lyft’s software and capabilities in ride matching and routing. Through this joint effort, GM and Lyft are hoping to redefine the personal mobility model through an extensive network of autonomous cars available on demand.

“This raise and collaboration with GM are exciting milestones in our three-year history that continue Lyft's leadership in redefining traditional car ownership,” said Lyft president and co-founder John Zimmer in the company’s own press release. “We are thrilled to take this momentum into the new year and continue improving life in our cities through more affordable, accessible and enjoyable transportation.”

The era of the driverless car is coming, and it appears to be coming sooner rather than later. But while luxury brands like Tesla could revolutionize the private vehicle industry, GM and Lyft could bring automation to more affordable transit.