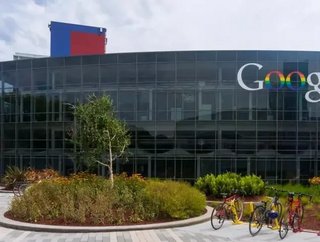 Google has signed a definitive agreement with HTC in a $1.1bn deal that will see Google acquire a team of 2,000 employees from the Taiwanese smartphone maker.

“These future fellow Googlers are amazing folks we’ve already been working with closely on the Pixel smartphone line, and we're excited to see what we can do together as one team,” said Google’s Senior Vice President of Hardware, Rick Osterloh.

Google’s acquisition will see HTC’s research and design department cut in half, with the firm currently employing 4,000 staff in this division.

The deal comes at a time when Google is becoming increasingly serious about its hardware line. By securing a significant proportion of HTC’s talent, the company will now be signficantly better positioned to challenge its android rivals in the likes of Samsung, LG and Huawei.

"This agreement is a brilliant next step in our longstanding partnership, enabling Google to supercharge their hardware business while ensuring continued innovation within our HTC smartphone and VIVE virtual reality businesses," said Cher Wang, Chairwoman and CEO of HTC.

“We’re excited about the 2017 lineup, but even more inspired by what’s in store over the next five, 10, even 20 years,” Osterloh added.

“Creating beautiful products that people rely on every single day is a journey, and we are investing for the long run.”

This is not Google’s first foray into acquisitions in the smartphone market, having bought out Motorola mobility six years ago in a deal worth $12.5bn.

Google’s latest grouping of products - the Pixel 2, Pixel 2 XL, Google Home Mini and Pixelbook - are set to be released at an event in San Francisco on 4 October.