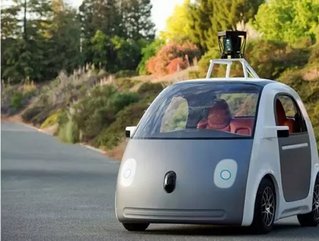 Earlier this year Google unveiled plans for a self-driving vehicle that didn’t have a steering wheel or pedals. However the tech giant’s plan of launching a fully autonomous vehicle is facing more hurdles than anticipated, with the California Department of Motor Vehicles enforcing more stringent testing rules.

The rules, which will be put into effect on September 16 require a driver to be able to take “immediate physical control” of a vehicle on public roads is necessary. That means every vehicle must have a steering wheel and brake and accelerator pedals.

Google has revealed that it will be complying with the California rule by adding a small, temporary steering wheel and pedal system that drivers can use when testing. “With these additions, our safety drivers can test the self-driving features while having the ability to take control of the vehicle if necessary,” Google spokeswoman Courtney Hohne said.

The Issue of Liability

Google has faced a number of bumps in the road, when it comes to getting self-driving vehicles on public highways. Public opinion and concerns of liability have set back launch plans.

Liability might be the biggest hurdle for Google rather than testing rules. When there is no driver, the question of who is to blame in an accident gets complicated and the possible targets of lawsuits expand. The company that designed the technology might be targeted, along with the manufacturer, the car's owner and any passengers who were riding in the vehicle at the time of an accident.

California's testing rules try to tackle these emerging liability questions by requiring that companies involved in testing self-driving vehicles have $5 million in insurance or self-insurance or a bond in the same amount.

However, David Hall, the CEO of Velodyne Inc., which makes laser technology used by Google's autonomous cars, is concerned about liability risks and said California's $5 million requirement is onerous for smaller companies. Hall estimated that the liability risk and the cost to insure against it could increase the cost of Velodyne’s laser devices by thousands of dollars.

Ron Medford, director of safety for Google's car project, asked the California DMV earlier this year to allow other types of autonomous vehicles, such as motorcycles and trucks, to be tested. The state declined.

A Long Road of Testing Ahead

Despite challenges, Google is making approximately 100 prototype autonomous cars. The speed of these vehicles will be limited at 25 mph to make them easier to handle and to limit damage if an accident occurs. Testing on private roads in due to start next month and the cars will be equipped with temporary controls.

Google would like to begin testing the vehicles on public roads within a couple of years. State officials are drafting rules for those tests, which would allow cars without steering wheels or pedals.

Google has discussed using these pilots to test different ways of deploying the technology, including as a taxi or courier service.

Claire Hughes Johnson, an executive in the Google Self-Driving Car Project, said in a speech in July that the technology could be valuable if it is provided as a service.

“What if you all got here today in a self-driving car that dropped you off and then left?” she asked the audience. “So you may not be able to buy one, but you may be able to drive in one in the next five years.”