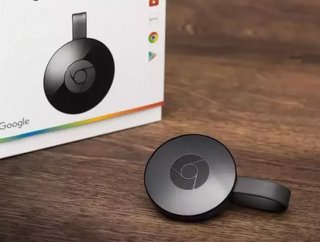 Google has teased at something occurring on October 4 – otherwise known as today – with simple adverts hinting at at least one new type of smartphone.

It seems logical for Google to release a rival to the iPhone 7, and yesterday, UK phone retailer Carphone Warehouse slipped up by releasing an early image of the Pixel. The site also specified that the phones would have unlimited photo storage and would run on Android Nougat with AI assistant Allo.

Here are some of the other gadgets expected to be announced later today:

The Chromecast devices are a range of dongles enabling the playing of music or video on any applicable system via internet streaming. These have been available since 2013, but the Ultra is expected to include many more features than its predecessors, which will be reflected in the higher price.

Home is Google’s alternative to the Amazon Echo; it’s a WiFi speaker and home assistant, with four lights at the top in the Google colors which allow the user to interact with it. Eventually, it’s expected that the Google Home will act as a hub to communicate with other gadgets, integrating your household. Cool, right?

Alongside the Pixel phone comes the alleged unveiling of the Pixel 3 notebook, expected to actually be available next year. It is assumed that the laptop will be high quality for a mid-range price, and will feature the new operating system – Andromeda.

What let last year’s Google Pixel C tablet-notebook hybrid was its operating system. Now, Android is being replaced by Andromeda, a combination of Chome and Android which cherry-picks the best of both. Assuming Andromeda is a success, it will undoubtedly be used for all future Google Android devices and notebooks, and it has even been reported that it’s being tested on the Nexus 9 which bodes well.

Which of Google’s latest offerings are you most looking forward to?