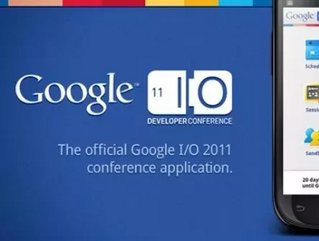 It’s a big day for Google and its millions of fans. I’d even go so far to say that it’s as if Christmas came early this year and Google is gracing us with presents that we can enjoy for years to come. Google I/O, the search giant’s massive developer conference catering to app programmers for Google’s platforms, is kicking off today and is live streaming its speeches. Major announcements regarding Android, Chrome and all of its hidden prizes and treasures will be announced today and we’re on the edge of our seats.

Many tech junkies are expecting Google to launch its music service, considering that Amazon and Apple have taken the online and cloud-based music industry by storm. We can imagine that Android smartphones will have some new shiny bells and whistles with its music libraries and capabilities. Google Music Beta is apparently invite-only according to media outlets, but users will be added to the new platform in the future; the site is free for a limited time.

Google Music will be able to run on all Android devices, including tablets and smartphones; create custom playlists; edit track information and get play counts, just like in iTunes; listen to music offline; upload songs to a cloud-based directory; and wirelessly and automatically sync playlists.

Those over at the Google campus are pretty excited for today and tomorrow’s product announcements. The latest post on the blog says:

It’s hard to believe a little more than two and a half years ago, we were just one device, launching in one country, on one carrier. Thanks to the ecosystem of manufacturers, developers and carriers, the platform has grown exponentially. There are now:

Android’s latest OS version is also the talk of the town and is aptly named Ice Cream Sandwich. The addition should “deliver one operating system that works everywhere, regardless of device,” the blog says. Ice Cream Sandwich brings out the best from Honeycomb on tablet devices to the smartphone, including a holographic user interface, multitasking, richer widgets, and a new launcher.