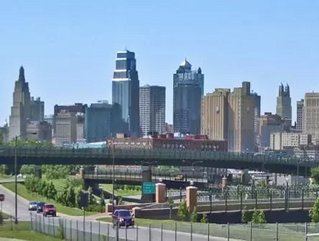 Google announced on Wednesday that it has finally settled on a location for its ultra-fast broadband Internet network: Kansas City. Google will provide broadband Internet access to the entire city and will do so with speeds of about 1 GB per second – about 100 times faster than what you’re probably using this very moment. Still can’t fathom that sort of speed? Google says that you could download an HD, full-length film on the new network in less than five minutes.

Google announced back in March 2010 that it would test out this high-speed fiber-optic network somewhere in a community in the U.S. and almost 1,100 cities applied for this great opportunity. Kansas City only has a population of 150,000, which may make for a more measurable outcome of the high-speed test.

Google said it has signed a development agreement with the city and will work with local organizations, companies and universities to build out the network. Google expects the service to go live early 2012. Google also says the network would offer wire-line service directly to residents’ homes at "a competitive price." The network will be built by Google, but consumers will be able to choose their service provider.

“We’ll be working closely with local organizations including the Kauffman Foundation, KCNext and the University of Kansas Medical Center to help develop the gigabit applications of the future,” the blog post says.