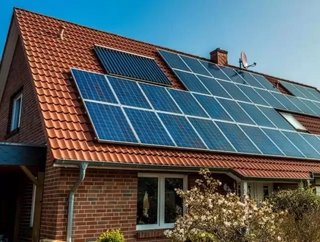 Google has been expanding its worldview lately, a fact that its recent evolution through the launch of parent company Alphabet Inc. has made abundantly clear. Among Google’s expanding interests is solar power, and its latest venture could be on the verge of giving the renewable energy industry a strong boost. According to reports, a new online tool that Google launched this Monday wants to help consumers determine whether or not investing in solar panel installation to harvest solar energy for personal or business use is a viable option.

The new initiative from Google is called Project Sunroof, and to take advantage of the service, Google asks users for the address of their home or business. From there the project works by combining data from Google Maps with info that Google can access from other data bases on subjects like historical cloud and temperature patterns in your area and how much light can be expected to hit your house over the course of a year. By compiling and analyzing this data, Project Sunroof recommends the right amount of solar panels that users will need to generate the power to match their electricity use as closely as possible, and then determines whether users have the space on hand to make alternative energy work for them. It also looks into tax credits and rebates that could help users in finding solar energy solutions that they can afford.

“As the price of installing solar has gotten less expensive, more homeowners are turning to it as a possible option for decreasing their energy bill,” reads the new project’s website. “We want to make installing solar panels easy and understandable for anyone. Project Sunroof puts Google's expansive data in mapping and computing resources to use, helping calculate the best solar plan for you.”

So far the initiative has gone live on the West Coast in California’s San Francisco Bay Area and Fresno, as well as across the country in the greater Boston area in Massachusetts. But based on the success on these initial markets, Google could be taking its project nationwide before long.