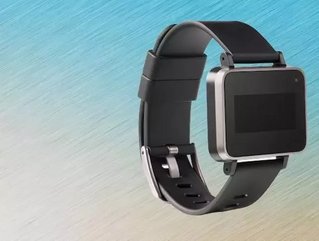 The experimental device is intended to be used in clinical trials and drug tests and can measure pulse, heart rhythm, skin temperature and environmental information such as light exposure and noise levels.

In an interview with Bloomberg, Andy Conrad, head of the life sciences research team, said the device is designed to be a medical one rather than a mainstream, consumer-facing product.

RELATED TOPIC: How Google changed the world: 10 years since IPO

Conrad also stated that the device will undergo further testing in the coming months with the goal of achieving regulatory clearance in Europe and the U.S.

The major difference between this health tracker versus others is early diagnosis. Many doctors believe that 50 percent of diseases go from bad to worse because of improper or late diagnosis. Google is hoping to change this statistic however by creating a technology that can extract continuous medical-grade information about the wearer. Doctors can then study and understand recurring patterns of diseases and find the best solution to combat them.

Is Google branching out entirely into health?

The Google X team previously brought us Google Glass and seems to continue to want to venture into the health sciences realm.

It is reported that the team will be launching a range of medical products including a blood glucose-monitoring lens, the Lift ware spoon designed to counteract tremors caused by Parkinson’s disease, nanoparticles that will detect disease and Baseline.

And while Google Glass wasn’t initially promoted as a consumer device, interest from individuals later saw the glasses being paired with high fashion designers and made available to anyone willing to pay its price of $1,500.

The device is only for medical professionals right now, and even if it does become available for consumers, that doesn’t seem to be anytime soon. Nevertheless, Google remains to be a software tech giant first and foremost.