Google&#039;s New App Under Fire from PayPal and Ebay 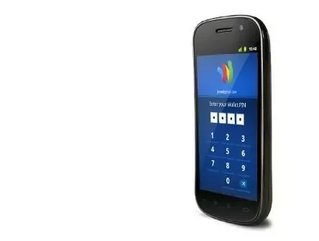 Google is being sued by PayPal  and Ebay over the introduction of Google Wallet, Google’s new mobile payment app.

Google unveiled Thursday a new application available for android phones: Google Wallet. This app will make customers phones their wallet so they can tap, pay and save money and time while shopping. Google claims that this app, for businesses, offers an opportunity to strengthen customer relationships by offing a faster easier shopping experience.

“Today, we’ve joined with leaders in the industry to build the next generation of mobile commerce,” said Stephanie Tilenius, vice president, commerce and payments, Google, in a statement on Thursday. “With Citi, MasterCard, First Data and Sprint we’re building an open commerce ecosystem that for the first time will make it possible for you to pay with an NFC wallet and redeem consumer promotions all in one tap, while shopping offline.”

But PayPal isn’t so pleased with the announcement of this new app. In a suit filed with the California State Court, PayPal alleges that Google stole trade secrets and employee related information to their mobile payment services. Submitted to the court also on Thursday, PayPal claims it spent three years trying to strike a deal in which it would handle mobile payments on Android smartphones only to be rerouted by Google.

Google claims it will refute these allegations.  "Silicon Valley was built on the ability of individuals to use their knowledge and expertise to seek better employment opportunities, an idea recognized by both California law and public policy," a Google spokesman told AFP. "We respect trade secrets, and will defend ourselves against these claims."

If all goes according to Google’s plan, Google Wallet will be available later this year. We’ll just have to wait and see what the court decides on who owns the technology.