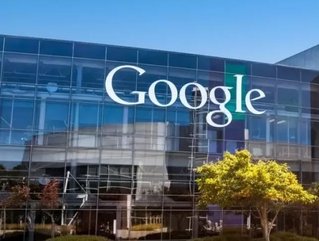 The posted results exclude its Motorola Mobility unit due to the fact it has agreed to sell to Lenovo Group.

Google has reported year-over-year revenue growth of more than 20 percent for several quarters, although that growth rate dipped to 19 percent in the first quarter of 2014, according to the Wall Street Journal. Earnings in that period were below analysts' expectations because of higher-than-projected spending, knocking the company's shares when it reported those results in April.

According to the Wall Street Journal, Google will account for more than one third of digital ad spending worldwide in 2014, dwarfing its nearest competitor Facebook, which will account for almost eight percent of the $140 billion market.

Having said that, a report from eMarketer estimates that Google is less dominant that both Facebook and Twitter in the mobile ad space.

An Emphasis on Mobile

“The smaller screens of smartphones leave less space than PCs for display ads, and people are less likely to complete purchases on a phone after they click on digital ads. That makes advertisers less willing to pay up for mobile ads,” says Barr.

Google doesn't break out its mobile ad revenue from desktop ad revenue, so it is tricky to see how the company is handling this difficult shift to smartphones and tablets.

Focusing on the Future

While battling with the shift between desktop and mobile, Google is also spending heavily to support both its current business and future innovations that may not drive revenue and profit for at least a decade. While this is having an impact on current earnings, analysts hope that investment will pay of later down the line. Google’s projects include self-driving cars, smart contact lenses and high-altitude Internet services.

In the second quarter, operating expenses jumped to $5.58 billion from $4.45 billion a year earlier. A big portion of that was research and development spending, which rose to $2.24 billion from $1,77 billion.