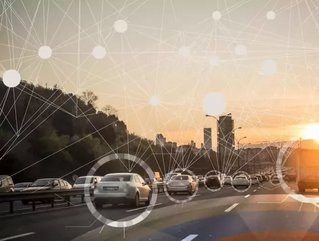 On Wednesday, Alphabet (Google)’s spin-off self-driving car developer Waymo began charging customers for the use of its driverless vehicles, Reuters reports. The company is operating a fleet of 600 autonomous taxis within a 100-mile area in the suburbs of Pheonix, Arizona, where Waymo is based - although the company has not revealed how much of its fleet is currently operating as part of the new service.

The suburbs - Chandler, Tempe, Mesa and Gilbert - have served as Waymo’s testing grounds for self-driving cars since 2016. Now, to use the service, customers must download an app and provide a credit card. The model is similar to ride-sharing software used by other companies, with prices “roughly in line with that of Uber and Lyft. A 15-minute, 3-mile (4.8 km) drive taken by Reuters last week cost US$7.59, just above the $7.22 offered by Lyft.”

Currently, a human driver is always present to take control in case of emergencies. In a blog post, Waymo CEO John Krafcik wrote: “Over time, we hope to make Waymo One available to even more members of the public. Self-driving technology is new to many, so we’re proceeding carefully.” Waymo told Reuters it plans to phase out the human minders, but gave no exact timeline.

Alphabet has not disclosed its total investment in Waymo, which has been testing cars since 2008. But, according to Reuters, “industry experts put the sum at well over $1bn”.

Reuters concludes that “a bill that would speed the use of self-driving cars without human controls has been stalled in the U.S. Senate for over a year. Meanwhile, rules on key issues such as data, privacy, liability and cyber security are still undecided.

For now, Waymo says it is focused on the Phoenix area, where it hopes to gain valuable insights into supply and demand, as it awaits decisions from regulators.”