Government of Canada to invest $4.4mn in clean water technology 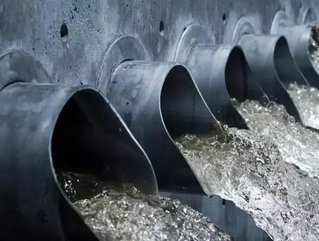 The government of Richmond, British Columbia, announced this week that lowering water waste and greenhouse emissions in the local shale gas industry is a top priority in the region. “A strong economy and a clean environment go hand in hand. That's why the Government of Canada is supporting the development of technologies that lead to less pollution, healthier communities and the creation of well-paying middle-class jobs,” said the statement.

On Tuesday, the Honourable Harjit Sajjan, Minister of National Defence, on behalf of the Honourable Navdeep Bains, Minister of Innovation, Science and Economic Development, announced an investment of CA$4.4mn into technologies designed to clean up industrial waste water.

The money will be invested into local firm Saltworks Technologies, which specialises in the production of its water-purification solution, the AirBreather, an innovation that addresses a critical problem in the oil and gas industry: how to dispose of wastewater in a cost-effective and environmentally safe way. The AirBreather removes the need for chemical pre-treatment and reduces wastewater volumes safely through evaporation. This clean innovation is expected to reduce costs in the shale gas industry as well as reduce the greenhouse gas emissions associated with wastewater disposal. It will also help to maintain 65 jobs at Saltworks and create 20 additional jobs.

Joshua Zoshi, COO of Saltworks responded: “Saltworks is proud to be the recipient of SDTC funding in support of our AirBreather demonstration project. We look forward to establishing this developed-in-Canada technology as the leading solution for economic and sustainable treatment of produced water in Canada's shale gas industry."

This investment continues the work done by the SDTC, which has invested over $1bn in more than 300 companies, creating 12,000 well-paying jobs and reducing greenhouse gas emissions by an estimated 13.8 megatonnes annually.