The great Uber debate - Do taxis have the right-of-way? 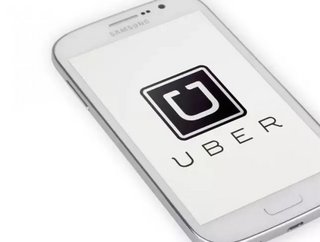 There’s something rotten in the city of Toronto: the Uber vs. taxi debacle that continues to heat up.

Originally reported by Business Insider, taxi drivers are still arguing that Uber-ride sharing services should have to be regulated—just like other, traditional cabs.

Now, if you’re unfamiliar with Uber, you’ve been living under a rock for the past handful of years. But it’s okay; we’ll get you up to speed.

Headquartered in San Francisco, Uber is an app that allows consumers to submit a trip request, which is then routed to a group of nearby drivers. A pretty convenient way to get around town, right?

However, taxi drivers believe that all Uber operators should be licensed. Furthermore, the cabbies want the entire company to obtain brokerage licenses to operate its service.

Akhbar Banijamaat, who has been driving taxis in Toronto for 17 years, had this to say on the matter: “I don’t mind Uber; I think it’s a beautiful idea. To whoever did it, very nice. But do it legally.”

But are Uber drivers and the company itself really doing anything illegal? Perhaps taxi drivers in general are just upset that there’s a new, cheaper and more convenient way to get from place-to-place.

RELATED TOPIC: Will Uber drive on? Canada’s debacle with the famous driving service

In the past, Uber has argued that it provides a technology that allows drivers and passengers to find each other—making it different than the normal taxi ride (i.e. Uber shouldn’t have to comply with the rules and regulations that taxi drivers are ordered to do).

To support their point, a recent protest took place involving taxi drivers holding up signs and taping them to the back of windows as they slowly drove around major intersections throughout the city.

Regarding the protest, an Uber Canada spokeswoman said this: “Rather than blocking roads and preventing people from getting where they need to be, we’re focused on meeting the needs of Toronto’s riders and drivers, who are all too often left out of the debate.”

Uber is currently valued at $40 billion dollars—the company is doing something right and the people clearly appreciate it!

When you need a quick lift to the airport or have had one too many martinis after a long day at the office, how do you choose to travel?

RECENT TOPIC: Border security expands in Canada, but is it fair for everyone?