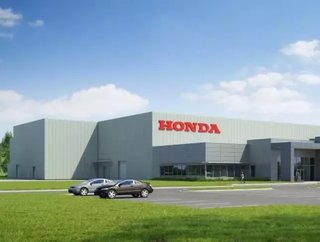 The Honda Aircraft Company (also known as HondaJet), a wholly owned subsidiary of the American Honda Motor Co, announced today the next stage of investment in the company’s manufacturing facilities in Greensboro, North Carolina.

A new 82,000-square-foot facility on its 133 acre campus in Greensboro will cost the company US$15.5mn and bring HondaJet’s total capital investment in its North Carolina facilities to more than $245mn.

Scheduled to begin construction in July 2019, the factory will be dedicated to the assembly process of the HondaJet Elite, the company’s premium business jet. In 2018, the HondaJet base model became the most delivered aircraft in its class in 2018, based on numbers provided by the General Aviation Manufacturers Association (GAMA). Last year, 37 HondaJets were delivered around the globe, marking the second consecutive year the HondaJet has been the most delivered very light jet.

The new Greensboro facility will provide increased capacity for the HondaJet’s wing assembly process, allowing for more wings to be assembled concurrently, resulting in a major increase in production efficiency. Additionally, this expansion will add more storage for service parts for the growing fleet of HondaJets around the globe. The facility is expected to be completed in July 2020.

"As the HondaJet's popularity and presence continues to increase around the world, it is necessary for our facility to meet our production and service needs while operating at the highest level of efficiency," said Michimasa Fujino, president and CEO of Honda Aircraft Company. "We are proud that Honda Aircraft Company is expanding its footprint in North Carolina and in the aviation industry."

"Honda Aircraft Company has invested millions of dollars and created thousands of jobs in the Greensboro region, and the expansion of their headquarters is great news for North Carolina families," said Republican Senator Thom Tillis.