How AOL adapted in tech to survive the winds of change 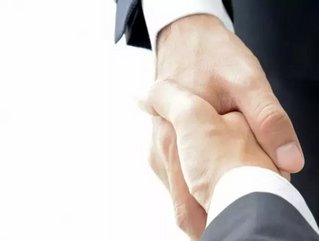 No story illustrates the fleeting nature of success like AOL’s.

Back in the early 90s, at the dawn of the Internet Age, AOL reigned supreme over all other tech companies. It was one of the very first companies to offer consumers access to the Internet. At that time, if you were not subscribed to AOL, you probably weren’t online. You were off the information superhighway.

Fast-forward to the late 90s, when dial-up Internet—remember that?—began disappearing in favor of broadband high-speed internet, and we witness AOL’s first killer blow to its prowess. High-speed internet took all of the wind out of the sails of the tech giant. It was all downhill from there. Well, almost. Like all authentic stories, the actual story is more complicated than that.

Yes, it’s true. AOL has now been swallowed up by the new bully in town, Verizon. “AOL” may or may not disappear altogether from consciousness—the way “Cingular” has. Or Verizon may decide to keep it around as a brand. See what it can still do.  We don’t know what will happen to the name, but we do have an idea what could happen to the spirit of AOL.

AOL’s takeover by Verizon is not, by any means, the folding of the tents of an enterprise. AOL has been making a comeback since May 2009, when it finally divorced itself out of the sorry merger with Time Warner. As it begins a new relationship with Verizon, its stated goal is to integrate itself into the booming mobile market and to become—with its owner—a “media company for the 21st century.” In other words, AOL lives on.

There must be something we can learn from the AOL story. It’s not on top today, but it hasn’t disappeared either. Not only has it not disappeared, it’s made some forward-thinking, bold moves in the years running up to its purchase that made it a worthwhile asset.

AOL—even if it was not always successful—never stopped attempting to adapt and innovate. Here are some moves it made right.

AOL recognized the news wunderkind that is the Huffington Post. HuffPo began with a paltry $1 million investment to quickly become one of the most visited news websites in the country. The deal allowed “AOL to greatly expand its news gathering and original content creation, areas that its chief executive, Tim Armstrong, [viewed] as vital to reversing a decade-long decline,” wrote the New York Times.

Its acquisition of Tech Crunch

AOL’s acquisition of Tech Crunch bolstered its online editorial business, added to its technology coverage. According to the Times, “The acquisition [was] another step in AOL’s quest to revive its reputation as a hub for online news.

Both of these acquisitions signaled AOL’s intent to continue its transformation for a subscription-based service to an ad-supported digital media company. This strategy differentiates it from Google which—though also ad-based—does not create its own content. Then with the HuffPo and Tech Crunch, it had two top-quality content producers.

As AOL merges with Verizon, both companies stand to gain. AOL’s decision to sell itself to Verizon is not a signal of its demise but its desire to carry on. It has chosen to work with a partner as it continues its evolution to whatever it will be tomorrow.

Related Story: The Rise of Digital Media and What That Means for Large Network Providers