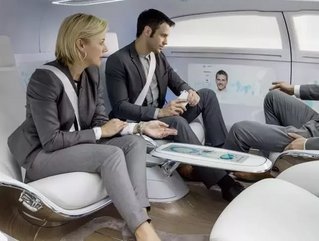 There’s no doubt that autonomous cars are going to be a big part of our future but they could do more than simply impact the way we move. Removing the time spent behind the wheel of the car could open up so many avenues for human productivity and output.

As the sci-fi prospect of getting around in a driverless car comes closer, it’s time to start thinking about the implications this has on our cities, the way we commute and how it impacts the job of driving but a more positive question is how this technology could improve us as humans.

With autonomous vehicle tests happening all around the world, there’s no doubt these cars are going to feature heavily in our cities. Tokyo is planning to introduce a fleet of fully autonomous vehicles by the time the 2020 Olympics rolls around.

To accommodate the uniquely large Olympic-level crowds it will host in 2020, Japanese innovators and planners have begun pursuing options for autonomous public transit. DeNA’s self-driving Robot Shuttles, for example, are now being tested just outside Tokyo, at a park in Chiba.

In London, there are trials happening in a living lab to test the safety features of driverless systems. A group of Range Rover Discovery vehicles are driving around with a human driver to judge whether or not the driverless systems would react in the same way to normal London traffic conditions.

In Pittsburgh, Uber has set up its Advanced Technologies Center to look at making autonomous Ubers a reality. The project has already had its first paying customers but the ‘driverless’ cars turn up with a human in the driver’s seat to make sure the ride goes smoothly.

Imagine a world where fleets of driverless cars run nose-to-tail, avoiding road works, clearing up congested roads and being called at the touch of a button – no matter where you are. Alongside the self-driving technology, it’s important to consider how the cars speak to one another and the city around them.

What will we be doing in our driverless cars?

It now takes the average worker 25 minutes to travel to work, according to the U.S. Census Bureau. That's the longest it's been since the Census began tracking this data in 1980. Back then the typical commute was only 21.7 minutes. The average American commute has gone up by 20 percent since then.

17 percent of Americans have commutes of 45 minutes or longer. If that time could be freed up for more productive work, we could start charging our employers and clients for the time it takes to commute to the office, or perhaps even take the time to learn a new skill or language.

We can get back to reading books, catching up on the phone with friends, getting ahead of deadlines and improving ourselves as people.

For those who are just keen to get where they need to go, it’s very likely that autonomous vehicles will reduce congestion and speed up commutes so you might not be spending as long in a car as you do now.

The problem, at least in the near future, is that it’ll be hard to shake the feeling that no one is driving the car you’re riding in, so many drivers will spend their time watching the road.

Almost a quarter of U.S. respondents to a 2014 survey flatly refused to consider riding in one, and more recent follow-up surveys have indicated that those percentages aren’t budging. A study by University of Michigan’s Sustainable Worldwide Transportation research consortium found that less than five percent of people would even attempt to get work done in an autonomous car.

This drastic change in transportation culture is going to take some getting used to but, like so many other technologies, driverless cars could claim to offer liberation from the task of driving while just giving us more to do – like check emails or scroll through Facebook.

Another concern that needs to be addressed before we can work on our spreadsheets in the back of a car, is the safety aspect. It’s all good and well getting more done but those laptops and smart phones could soon turn into fearsome projectiles in the event of a crash.

Thankfully, technology and car interiors will probably progress in a way that work can get done while keeping occupants safe.

Already a semi-automated platoon of lorries has crossed Europe. These vehicles are wirelessly linked and take their route and speed from the head of the line. These platoons would help lorries to maintain a consistent speed, which would reduce congestion. There are several barriers to this technology that need to be addressed but it’s likely we’ll see fleets of semi-automated lorries on our roads very soon.

These lorries still need a human in the driver seat but the future might see lorry drivers handing over to a computer for highway driving, while the driver is still needed to navigate tricky roads and conditions.

The use of these semi-automated lorries could see drivers being able to travel for longer, massively increasing the output of each vehicle.

Disruptive technologies such as driverless vehicles are bound to have an effect on jobs and the trucking industry is already getting a little nervous about the idea of full autonomy. While autonomous vehicles could open up all sorts of opportunities, they’re likely to make the roles of taxi, bus and lorry drivers almost obsolete.

In a recent press release Uber said: “Technology creates new work opportunities while disrupting existing ones. Many predicted that the ATM would spell doom for bank tellers. In fact, ATMs cut the cost of running a local bank so more branches opened, employing more people. Self-Driving Ubers will be on the road 24 hours a day, which means they will need a lot more human maintenance than cars today.”

While there is definitely potential for autonomy to disrupt driving jobs, it could open up so many more within maintenance, technology and operations.

There’s still a long way to go before we’ll see the self-driving future we’re all picturing but there’s no doubt that autonomous cars are going to change the way we move, commute and work.