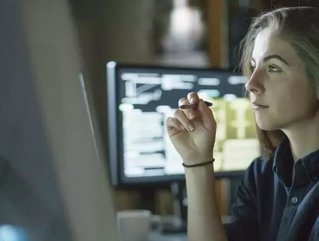 Josh Gosliner, senior director of market strategy, Juvo, discusses the impact Financial Inclusion Initiatives will have on enterprises and industries in 2020.

In my role as Senior Director of Market Strategy for Juvo, a company that works with emerging economies to create financial identities for previously anonymous individuals, I’ve had a front row seat into how the term “financial inclusion” has shifted over the last few years. It’s long been assumed that technology companies held the key to unlocking real and lasting financial inclusion, but for too long inclusion initiatives have been considered a social responsibility. While we can all agree that doing good is a noble effort, unless companies can translate those efforts into bottom-line results they’ll never move forward to make a long lasting impact.

It’s been exciting to watch the opportunities that unfold when we can  connect alternative data sources to those who are inhibited from making decisions due to a lack of data. In my view, these opportunities represent a transformative movement for the business of financial inclusion. It’s not necessarily about creating new service providers to drive financial inclusion but enabling existing institutions to better serve the market. Below are a few predictions, based on conversations I’ve had with telcos, financial service providers, enterprises and regulators around the world, as well as my own firsthand experience, as to what we can expect to see in 2020.

Financial Inclusion has traditionally been seen as a benevolent initiative for companies. Important, yes, but relegated to Corporate Social Responsibility (CSR) teams and not considered part of the main business goals.

Thanks to advances in technology, including cloud scalability and big data, individuals previously anonymous to formal financial systems are gaining identities. This opens a significantly larger percentage of the addressable market, on a global scale. Recent research has attempted to quantify the economic impact of addressing the problem of financial identity for the world’s underbanked, revealing an uplift of US$250 billion to global GDP each year. What’s more, financial inclusion has the potential to boost household credit by more than $400 billion and lead to a $512 billion uplift in global household savings.

These numbers represent only the tip of the iceberg however - trying to quantify the financially underbanked is a problem in and of itself, as there exists no reliable, global measure of underbanked individuals around the world. Still, simply using a subset, as defined by the World Bank’s FINDEX database, yields impressive results.

Financial service providers, spearheaded by mobile operators with deep access in emerging economies, will recognize the power and potential of financial inclusion as a way to increase the customer base and build new revenue streams.

Neobanks will proliferate in all economies

Digital banks, challenger banks, neo banks - however you refer to them, we’ll see them gain significant traction in 2020. In established markets, digital banks will put pressure on traditional and brick and mortar banks to improve customer service through better digital and mobile engagement. These challenger brands will also attract a new type of customer, appealing to younger generations and establishing a foundation for long term customer loyalty.

In emerging markets, neo banks will prove even more disruptive. These banks recognize financial inclusion as a huge business opportunity. By entering the market at a lower cost basis, without the heavy burden of infrastructure and capital costs, they can take advantage of cloud technologies to scale quickly and alternative data to reach previously anonymous populations.

Well established markets for neo banks, such as Brazil and Mexico, will be the proving ground as the trend spreads to other parts of Latin and South America and APAC. In response to this transformational movement, governments would be wise to make digital banking licenses easier to get and encourage competition among the players. Digital banks have the potential to dramatically shake the financial industry, driving innovation while driving down costs and reaching billions of new consumers along the way.

Telcos will orchestrate a shift toward B2B revenue

Until now, the consumer has been king with telecom operators. But ongoing pressures, including competition from OTT players, consistent pushback on price and a market that is all but saturated has made it challenging to maintain, let alone increase, B2C revenue streams.

The capital investment made into physical 5G networks, as well as the systems overhaul required to maintain them, will be the catalyst for pushing telcos toward better enterprise use cases in 2020. These revenue streams will be varied as telcos expand their information and communication technologies (ICT) offering to include everything from security, to cloud services, to internet of things (IoT) and managed services.

One of the more creative, and lucrative, ways for telcos to increase B2B revenues is through the B2C business - specifically, data monetization. Just as telcos gain better traction on consumer data and work with financial service providers to address previously unknown consumers, telcos will also find new ways to monetize their proprietary data and unlock other key partnerships within the enterprise community.

GDPR will round out its second year even as other privacy legislation, such as the California Consumer Privacy Act, takes effect. To date, privacy legislation has proven a feeble attempt to try and reign in the misuse of data. The issue at hand is the attempt to create laws that have a global impact from a regional point of view.

In 2020, as emerging economies grow more technologically sophisticated, data privacy will be seen as a deeply personal choice. After years of a Wild West, anything-goes mentality for corporations, the pendulum initially swung too far in the direction of control and compliance. As consumers recognize the value of their own data, the pendulum will once again fall to the center, allowing individuals to make more informed choices around how best to share and use their data, while companies will deliver real and transparent value. Technology will aid in this transition, as data is better anonymized and aggregated to deliver value.

In addition, the movement of data across country borders will be under scrutiny as regulators attempt to address cloud technologies and scalability while working to protect their citizens. Ideally, regulators will settle toward an opt-out rather than an opt-in mentality, helping to reduce friction and giving individuals more choice and less restrictions on a global scale.