How Google Changed the World: 10 Years Since IPO 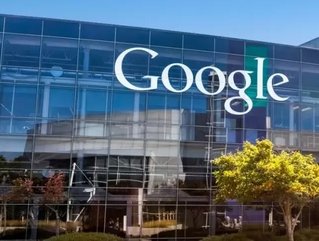 Tuesday marks 10 years since Google’s IPO. When the company went public it employed approximately 2,600 people and its quarterly revenue reached $800 million. Today, the Internet behemoth has 52,000 employees and booked $16 billion in revenue in the most recent quarter.

At the time of Google’s IPO, it offered a relatively small number of products and services, including Google search, an advertising platform, Google News, Gmail, Blogger, Picasa and Orkut. One decade later and Google owns a sprawling empire of products, services and computer programs for PCs and mobile devices, including the world’s most popular Web browser and mobile operating system. Google is also building driverless cars, thermostats and robots and trying to extend the life span of humans.

How Google Changed the World

Google has changed the world since its inception and continues to do so. It has changed the way humans discover information. The phrase “to Google it” is so popular that NBC News reports the company is worried about losing its trademark. And that has only escalated since the mass uptake of smartphones.

Google has not only taken over smartphones by making information easily accessible, but has also launched the world’s most successful mobile platform. Since the first Android phone was sold in 2008, Google’s mobile operating system has trounced the competition. Today, it claims 85 percent of market share.

The Internet giant has transformed the way people communicate online. Its Gmail email service is unrivalled and gives its user access to cloud storage in the form of Google Drive. It also launched services via Google+ including Hangouts, where people can talk freely via an Internet connection.

It launched Google Maps, the most sophisticated global mapping system in the world, and that led to the creation of a sophisticated satellite navigation business. Google has even changed the way we read the news, by introducing its Google News service.

Marketing experts are more concerned with second guessing Google algorithms, when they used to care about buying the largest physical billboard. It has changed the way companies interact with consumers and has influenced the world of advertising more than any other company in the world.

Google has and continued to change the way we live our lives. Google Glass is now being used in hospitals, manufacturing plants and utilities the world over. Toyota pioneered lean manufacturing and now Google is taking it into the digital age.

It is influencing our lives in more ways than we can imagine, from driverless cars, to smart grid systems, Google is going to continue to disrupt our lives for many more decades to come.