How Many iPhone 6’s Does Apple Expect to Sell? 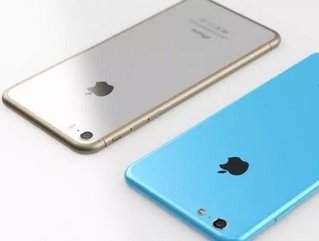 According to reports, Apple has asked its suppliers to build between 70 and 80 million iPhone 6’s by the end of the year. Compare that number with the 50 to 60 million planned for last year’s iPhone 5c and 5s and it becomes clear that Apple is expecting to sell more iPhones than a year ago.

The highly anticipated iPhone 6 is rumored to launch on September 9, with many critics believing it could be one of the most pivotal devices in the Cupertino brand’s history. But what makes the iPhone 6 so attractive to consumers?

A survey conducted by uSell.com asked 1,000 smartphone users about their ‘most wanted’ iPhone 6 features and unsurprisingly the rumored sapphire screen topped the list with 45.5 percent of respondents earmarking it as an appealing feature. Additional features such as an infrared red camera (19.2 percent), new health and fitness tools (10.7 percent), the ability to show 3D images (9.5 percent) and controls connected to home appliances (7.7 percent) also favored highly with respondents.

The same survey also asked smartphone users to indicate which existing features they would most like to see improved with the iPhone 6. The most desired improvement was longer battery life (37 percent), followed closely by a bigger screen (19.2 percent), a better camera (11 percent), better phone reception (11 percent) and more memory (10 percent).

With consumers expecting big things from the iPhone 6, Apple has ramped up efforts to ensure there is no lack of devices available in stores worldwide.

The iPhone 4 marked a dramatic change to the look and feel of the iPhone 3G, making it one of Apple’s most successful product launches. While popular, the iPhone 4s, 5, 5c and 5s failed to set consumers’ worlds alight due to their similarity with previous devices.

The iPhone 6 is set to be the next face of the iPhone, changing the device in its entirety rather than providing users with an upgrade. The new model is pitted to be much slimmer, lighter and faster than its predecessors; it is also expected to come in two sizes: 4.7” and 5.5”. It goes without saying that Apple will need to prove the worth of its new device, but if rumors are to be believed, the iPhone 6 could help the company take back a much more sizable chunk of the smartphone market.

RBC Capital Markets research analyst, Amit Daryanani, told AppleInsider that he believes it’s possible Apple could sell 10 million iPhone 6 units during its launch week, reaching 15 million total units before the end of September. Apple is expected to unveil its next iPhone on September 9, and if the company follows its traditional launch schedule, the handset would become available on September 19.

Daryanani expects the sales momentum projected for September to continue into the December quarter, citing figures in the region of 60 million units. His projections place Apple at sales of 75 million iPhone 6 units before the end of 2014.

To put the numbers in perspective, Apple's biggest quarter ever came last December, when the company sold 51 million iPhones. Apple does not break down sales of handsets based on specific models.

Daryanani revealed to AppleInsider that he expects a “notable uptick” from last year, as Apple is expected to cater to new users with its larger iPhone displays. The company's current 4-inch iPhone 5c and 5s represent some of the smallest handsets on the market, while Android-powered competitors have been trending towards larger displays.

According to data released by Kantar Worldpanel ComTech, currently Android holds 61.9 percent of the U.S. market share, compared to Apple’s 32.5 percent – the lowest percentage iOS has captured since the launch of the iPhone 4s in 2011. Will the iPhone 6 help turn this figure around?