How smart is your smartphone? 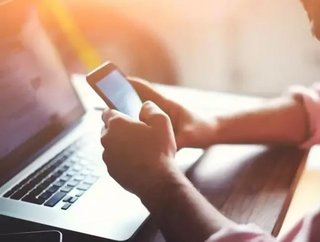 Thanks to Barcelona’s Mobile World Congress event that took place in March, some of the biggest and best smartphones for business executives of 2015 have been presented to the public.

When choosing a smart phone, you may consider a range of qualities, such as: types of coverage, customer service, apps, overall fees or costs and physical characteristics. Below, you will find a list of new phones that, depending on your specific needs, may offer the feature(s) you’ve been searching for—take a look:

RELATED TOPIC: Android apps are a tech advantage for your company

Similar to the Galaxy Alpha and Galaxy Note 4, the Samsung Galaxy S6 has been produced with both a metal and glass body. Users will be pleased to discover that the new phone also offers a quad-HD screen and a redesigned fingerprint scanner that is quite similar to Apple’s Touch ID.

However, one of the most sought after features the Samsung Galaxy S6 offers is the ability to uninstall or disable unwanted apps. Most smart phones come equipped with apps you don’t necessarily need or want. You now have the advantage of getting rid of said apps on the Samsung Galaxy S6, whereas before you were stuck with the extra clutter.

RELATED TOPIC: Are you driven by mobile apps?

Depending on your own personal tastes, the LG G Flex 2 can be purchased in either Platinum Silver or Flamenco Red. Equipped with a curved screen that is 5.5 inches in full-HD, this smart phone offers a wide range of features that includes a 64-bit Qualcomm Snapdragon 810 octa-core chip that supports Ultra HD, 4G LTE and 55MP photography. You also have a choice when it comes to storage, being able to choose between 16 and 32GB. There is a 13MP rear camera with OIS+ and Laser Auto Focus, as well as a 2.1 MP front camera.

Compared to its predecessor—the M8—the M9’s design is quite similar. The new model is made with a matching metal block and uses the curved shape and hairline finish, just like the previous version. However, updated features include a scratch-resistant coating, machine drilled buttons and a sapphire glass lens that can be found over the back camera. The power button of the One M9 is on the side of the phone instead of the top; the screen is the same—5 inches and full HD.

The One M9 does offer a new 20-megapixel rear facing camera, meaning that the new device can record video in 4K resolution and comes equipped with a dynamic exposure algorithm to imitate the human eye. The front camera has a 4-megapixel resolution.  The newest feature, HTC Connect, conveniently allows users to send audio to wireless speakers and support multi-room.

RELATED TOPIC: Does your phone have the business features offered by Samsung's Galaxy S6?

Confirmed for a late 2015 release, there’s not much information that has been released regarding this new smart phone—possible features and designs are just being speculated. However, the OnePlus Two will run the brand-new OxygenOS. Therefore, the phone will be open and customizable. Further benefits of this feature include better localization, faster updates and integration between hardware, software and the cloud will be much easier.

In terms of design, this phone is expected to be the same size as the OnePlus One—5.5 inches. However, it’s noted that the resolution could be increased to 2k.

It’s unknown whether the latest iPhone will be the iPhone 7, the iPhone 6S or the iPhone 6C. Regardless of the fact—it’s coming! Due to Apple’s history, it’s believed that the latest iPhone won’t technically be unveiled until September, but there have still been plenty of rumors and speculation floating around the phone’s design and features.

For starters, because there was such a contrast between the iPhone 6 and 6 Plus and the iPhone 5S, significant design changes aren’t overly expected. Therefore, the latest iPhone will most likely have a 4.7 inch screen. Of course, if Apple produces an iPhone 7 Plus, then the screen could be as large as 5.5 inches. As well, color options for the new smart phone should include silver, gold and slate grey. However, according to MacX.cn, Apple’s next iPhone could potentially have a 5 inch, OLED display screen with a 400ppi resolution.

It’s believed that Apple has been working with stronger sapphire glass and more durable liquid metal materials, meaning the iPhone could be both lighter and more durable. The latest iPhone could also have a faster processor, as well as camera improvements, a better battery life and a wireless charging feature.

RELATED TOPIC: Are you business fashionable? Learn how Apple Watch can spice up your wardrobe