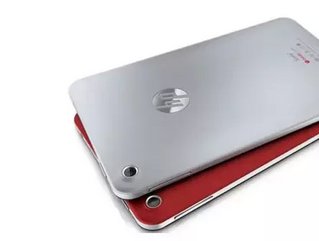 HP announced on Sunday its new Android Jelly Bean consumer tablet the HP Slate 7. Available in the US starting in April for $169, the HP Slate 7’s affordability could shake up the industry in competitive pricing.

The HP Slate 7 weighs 13 ounces and features a 7-inch diagonal screen, black stainless steel frame with options of gray or red for the back of the tablet. Highlights include embedded Beats Audio, a three megapixel camera on the back and integrated wireless.

"To address the growing interest in tablets among consumers and businesses alike, HP will offer a range of form factors and leverage an array of operating systems," said Alberto Torres, senior vice president, Mobility Global Business Unit, HP. "Our new HP Slate7 on Android represents a compelling entry point for consumer tablets, while our ground-breaking, business-ready HP ElitePad on Windows® 8 is ideal for enterprises and governments. Both deliver the service and support people expect from HP."

The HP Slate 7 runs on an ARM Dual Core Cortex- A9 1.6 GHz Processor, and features integrated wireless, High-aperture-ratio Field Fringe Switching (HFFS), a three megapixel camera on the back and a VGA camera on the front, easy connection to HP ePrint for printing services and a micro USB port.

The HP Slate 7 is being released through the company’s efforts to provide consumers with easy access to the Google experience. The HP Chromebook that was introduced in early February is under the same push from HP.