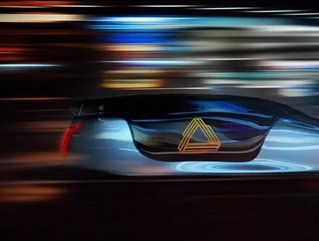 Arrivo, a technological transporation company founded by former SpaceX and Hyperloop One Engineer Brogan BamBrogan, has signed a partnership agreement with the Colorado Department of Transportation to build a high-speed transportation network in the Denver region.

“21st Century transportation technology is finally arriving, and Denver is positioned to be the early benefactor,” said BamBrogan, Co-founder of Arrivo.

Although Arrivo may be considered similar to hyperloop in the fact that both are futuristic transportation companies, the technology of Arrivo is significantly different, with no vacuum tube required. Instead, Arrivo uses a magnetised track that enables it to achieve speeds of approximately 200mph as opposed to Hyperloop’s 600mph.

In this sense, it is focused on more enclosed regional mobility such as inter-city travel, with the Colorado Department of Transportation citing that travel times around the city that currently take over an hour using traditional transport methods will take under 10 minutes using Arrivo.

“Everyone is a winner with our technology,” BamBrogan continued. “Passengers and cargo arrive quickly and efficiently at extremely low cost. The whole region also wins as our high-throughput enables more total miles travelled to support growth and economic firepower. Arrivo will end traffic and futureproof regional mobility. Now that’s a big win.”

Having signed the agreement, Arrivo will now expand its operations by building an Engineering and Technology Centre in the Denver region – a facility that will feature a test track where the proposed first leg of the network will be built.

“Colorado’s rapidly growing population and booming economy makes for the ideal location for the development of an Arrivo system,” said Governor John Hickenlooper. “Arrivo’s additional decision to locate their test facilities, adding up to 200 employees by 2020 and $10 to 15 million to our economy in 2018, is a testament to the culture of innovation that drives our economic engine.”