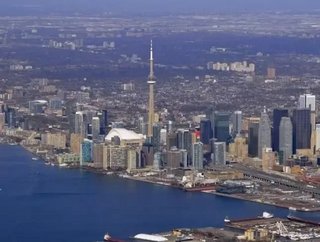 Global tech giant IBM is moving to Toronto to join the up and coming fintech hub at the MaRS discovery district.

MaRS provides the opportunity for bigger companies to team up with more agile, smaller partners to make the most of their innovations. CIBC, Manulife and payment processor Moneris are among the companies present at MaRS at the moment.

MaRS Discovery District in Toronto is one of the world’s largest urban innovation hubs. MaRS supports promising young ventures that are tackling key challenges in the health, cleantech, finance and commerce, as well as work and learning sectors. In addition to helping startups launch, grow and scale, the MaRS community is dedicated to cross-disciplinary collaboration, commercialization of discoveries and driving ideas to impact.

Here are 11 things you may not know about IBM’s latest home in Canada:

To find out more about MaRS, visit www.marsdd.com