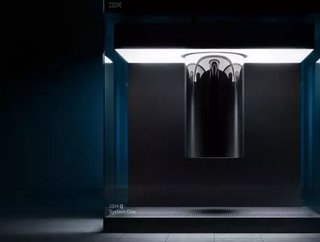 The system, which IBM claims is built with the increased stability and reliability required for continuous commercial use. According to the Verge, IBM “won’t say how much it costs to buy one of these machines or even how many it’s made.” Customers will, according to the report, purchase time on the IBM network to access the Q System One via the cloud. At CES this week, IBM also announced two new customers to its network: ExxonMobil and the CERN facility.

"The IBM Q System One is a major step forward in the commercialization of quantum computing," said Arvind Krishna, senior vice president of Hybrid Cloud and director of IBM Research. "This new system is critical in expanding quantum computing beyond the walls of the research lab as we work to develop practical quantum applications for business and science."

In addition to the Q System One, IBM announced the opening of the new IBM Q Quantum Computation Center later in 2019. The Center, which will be located in Poughkeepsie, New York, will expand the capabilities of IBM’s Q Network commercial quantum computing program and “will house some of the world's most advanced cloud-based quantum computing systems, which will be accessible to members of the IBM Q Network, a worldwide community of leading Fortune 500 companies, startups, academic institutions, and national research labs.”