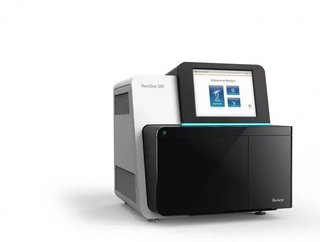 Imagine the vastness of a topic as broad as astronomy, combine it with the study of particle physics and then integrate the digital information housed by a social media giant such asYouTube—this is how expansive the field of sequencing human DNA has become.

The industry is predicted by scientists to take the lead as the biggest data storage giant in the world, and while it is a testament to the complexity of the human genome, it is a feat that needs to be met with the latest tech solutions to house and understand such a titan.

In the bustling city of San Diego, California, a biotech company by the name of Illumina manufactures and markets integrated systems for the analysis of genetic information, and in the coming age of genomic medicine, it is poised to become a dominant supplier for the industry.

Illumina has one goal: to apply innovative technologies to the analysis of genetic variation and function, making studies possible that weren’t even imaginable a few years ago.

As researchers race to develop DNA-based technologies to break firsts in a market that is predicted by Forbes to exceed $20 billion in the near future, the global leader shows no signs of letting up or slowing down.

A brief history
Illumina emerged from “blue sky” research in the chemistry department of Cambridge University that later evolved into the revolutionary sequencing by synthesis (SBS) technology: the foundation of Illumina’s sequencing instruments.

When the company completed its initial public offering on July 1, 2000, it generated over $100 million, signaling its success to come. The ensuing eight years after Illumina’s IPO marked numerous notable moments, particularly with the development of new technologies, but not without setbacks.

Illumina began as a 25-person startup that sold microarray chips—useful in examining spots on the genome for mutations—but as the genome sequencing market grew relatively fast, so did competition. The new company began to lose money (for example, in 2003, Illumina had $28 million in revenue and a net loss of $27 million) and the potential for microarrays was starting to dim as more comprehensive sequencing technology began to improve, and quickly.

Flatley knew that there was only one thing that could keep Illumina alive and relevant to the industry: innovation.

Driving innovation to succeed
In 2006, when news of another company being close to creating its first rapid readout of an individual human genome reached Flatley, he knew that was the answer for Illumina: either build or buy a sequencing technology of its own.

Flatley bought the company Solexa, which had been developing the concept of sequencing by synthesis—both a faster and cheaper process than traditional methods—and the acquisition has since proven to be a turning point for the company.

To date, Illumina has spent more than $1.2 billion on acquisitions, but the ability to innovate and improve the technology of the companies it buys is what has kept Illumina at the helm of the genome sequencing industry.

In an interview with Forbes back in April, Flatley noted that the reason for Illumina’s vast success was attributed to remaining technical at the top.

“We think it’s very important that the people who lead our company, which you might think of as my top 20 to 50 executives, have technology backgrounds,” said Flatley. “That could be science, engineering, software, or whatever it is. To be the winner in this business, you can’t just be a good general manager.”

With over 3,700 employees under his name, Flatley spends a lot of his time thinking about how to protect the culture that has been built and extending it to the global infrastructure.

“We empower our teams to go off and do great things,” continued Flatley. “They only have to come back to us under a very fixed set of circumstances. We [in management] can set the strategy and direction and talk about specifications. They can do the execution, which they are really good at.”

Empowering a healthy future via partnerships
Illumina places high value on collaborative interactions to fuel groundbreaking advancements in life science research. With the ability to sequence at an unprecedented scale, the company relies on partnerships to venture into new fields that can impact the world.

Illumina has been making strides in the field of fertility as of late. Last year, the company acquired Verinata Health—the maker of a non-invasive prenatal sequencing test to identify fetal abnormalities—thus allowing Illumina to offer this service to consumers (through their doctors) in a market that could be worth billions of dollars in revenue.

Additionally, the company has formed the Global Fertility Alliance with Merck KGaA of Germany, a leader in fertility drugs, and Genea of Australia, which operates fertility clinics.

RELATED TOPIC: French venture capitalists look to the US for inspiration and innovation

The alliance will aim to standardize procedures for assisted reproduction and help families across the globe have healthy babies.

“We are confident this collaboration of innovators in the fertility field will deliver a significant positive impact for healthcare professionals, fertility labs, and most importantly their patients,” Tristan Orpin, senior vice president and general manager for reproductive genetic health at Illumina, told the news source Times of San Diego.

Looking overseas, by partnering with China-based genomic enterprise Annoroad, Illumina is looking to co-develop a next generation sequencing (NGS) diagnostic system that will improve patients’ reproductive health. The NGS technology has been observed by scientists lately and is being considered as a key factor for empowering precision medicine around the world.

The partnership signals the company’s attempt to expand overseas and broaden its customer base in the country while also allowing it to capture a larger share of this multi-billion dollar market.

Leading the genomics revolution
Illumina has truly been an impressive company from the start, and there is reason to believe that it will continue to reach new heights.

While its name may not be as recognizable to the public as some others, Illumina is not only one of the most important companies in biomedicine but is also a leader in the field. With a history of producing innovative products and technologies over the span of 15 years, Illumina may soon claim the market all to itself.

As noted by Forbes, “Just as Intel became the company that sparked so much of the computer revolution, Illumina has risen to prominence as a driver of the genomics revolution.”

This article was originally published in the August issue of Business Review magazine. To read additional features, click here.