ImageRights International: Blockchain, business and beyond 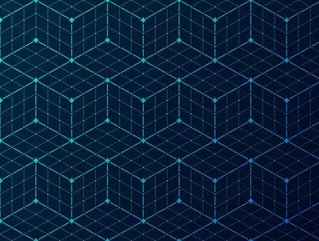 We all know a couple that has become so entwined in each other’s lives that they have almost become one. They finish off each other’s sentences and speak in an unrecognizable language consisting almost entirely of eye contact. As you slowly recount the numerous couples that spring to mind, the couple at the forefront of the technology industry is blockchain and cryptocurrency - the John Lennon and Yoko Ono of the technology world.

The relationship first started when Bitcoin, the first cryptocurrency, utilized blockchain technology to facilitate the transfer of money. Why blockchain? Because blockchain has the unique ability to create a chronological string of encrypted digital data on a peer-to-peer network. This offered cryptocurrencies a way of facilitating financial transactions in a safe, secure, fast and transparent manner, without the need for a trusted third-party.

More of an open relationship

In the ecommerce space, blockchain has the ability to transform the consumer fulfilment process into one that is much more transparent as it creates a visible chain of events. From the moment a consumer places an order by inserting their payment and shipping details, this action creates a ‘transaction’ or digital ‘log’ of that information. As the order goes through the various stages of the process, each step (or transaction) is recorded in the next ‘block’ on the blockchain, granting businesses a privileged insight into the mechanics of the supply chain.

Ultimately, it’s blockchain’s ability to prove existence that makes it such an important technology for businesses, as well as its ability to prove that a business’s digital assets truly belong to them. In fact, blockchain technology is beginning to pioneer in the pursuit of copyright infringement for image misuse. By creating a digital record of all relevant ownership information at the point of creation, businesses, photo agencies, and even photographers themselves can leverage the immutable records that blockchain technology can provide to help them prove they own the copyright to an image and facilitate settlements of their infringement claims.

But perhaps the use of blockchain can be extended beyond proof of existence. Hailed as the future of business, smart contracts are computer programs that allow data stored on the blockchain to interact with events in real-time. These computer programs therefore have the ability to execute agreements once the conditions of the agreements are met. And the flexible nature of blockchain means the technology can be applied to a range of business applications, from loans that can be automatically processed to stock trading deals and supply chain management. Put in context of image licensing, smart contracts stored on the blockchain could have the ability to automatically compensate an agency or photographer when their image has been used in line with the license agreement. Furthermore, once the license has expired, both parties could be automatically notified of the end of the license period and be provided with the opportunity to extend the license, thus avoiding a potential copyright infringement claim.

However, there remains a question mark over the adoption of blockchain technology in business, despite its potential. Blockchain provides an entirely safe and secure means of storing vital information and has the potential to revolutionize aspects of business through the former mentioned smart contracts. But blockchain also provides a level of transparency that some big businesses simply don’t want.

The business case for blockchain

Blockchain as a technology has come a long way since its devotion to cryptocurrencies, and many have been quick to claim it's inevitable rise as a force that will disrupt many aspects of our business and personal lives, much as the internet itself has over the past 25 years. It’s clear that we are only beginning to scrape the surface of blockchain’s potential, and with headlines stating that blockchain technology will revolutionize industries from energy to travel, to marketing and insurance, businesses need to take a step back and think about what it is that lies at the heart of the technology—proof of existence.

While entrepreneurs and tech professionals continue to invest in and develop new applications to uncover the various possibilities of blockchain, right now the technology itself is still slow, inefficient and more expensive than traditional centralized database solutions that have been available for many years. Businesses therefore need to look to industries that are using the technology successfully to see how they themselves may be able to adopt the technology successfully—and only then can they confidently give blockchain a chance.