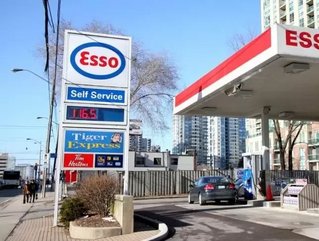 While Canada’s exploration industry overall is facing difficult times this year, some enterprises are finding ways to keep building and scaling up. Today Calgary-based petroleum company Imperial Oil—a subsidiary of multinational ExxonMobil and the operator behind Canada-based Esso stations—announced plans for a new in-situ oil sands project on its leased property in Cold Lake, Alberta.

According to a statement from Imperial Oil, the company has filed regulatory applications with the Alberta Energy Regulator seeking approval for the project, which it describes as one of several in-situ oil sands opportunities it is evaluating at the moment. Depending on the timeline for approval, Imperial Oil hopes to commence with construction on the project by 2019.

The company adds, based on its previous experience with the technology, that using SA-SAGD methods could seriously reduce the project’s carbon footprint.

“Based on Imperial’s research and pilot results, it is expected that SA-SAGD will result in an approximately 25 percent reduction in greenhouse gas intensity compared with existing steam-assisted gravity drainage technology through lower energy input per barrel of bitumen recovered,” the statement continues. “A similar reduction in water use intensity is also expected.”