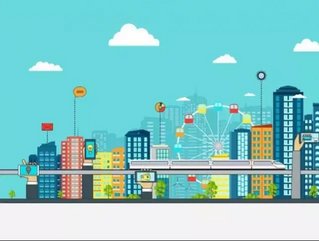 According to a statement from InnoCité MTL, these five latest startups were chosen for their ability to solve modern problems outlined in Montreal’s Smart and Digital City 2015-2017 Action Plan. Some of these problems include equipping the city with public WiFi and creating intelligently situated “smart city economic clusters.”

"We're very proud to present this second cohort of five young startups, who respond to the issues faced by urban centres today in new and innovative ways,” states Harout Chitilian, VP of Montreal’s executive committee, in charge of administrative reform, smart city initiatives and information technology. “Montreal is an innovative city and it's thanks to partners like InnoCité that we're able to encourage Montreal's smart city ecosystem to realize its full economic potential.”

The startups chosen are:

"The InnoCité MTL accelerator is sustained by its partners—this is a great strength of our organisation and an asset that we wish to highlight in order to ensure the success of our second cohort,” added Béatrice Couture, general manager of InnoCité MTL. “Throughout the program, participating startups will have the opportunity to present their product and receive feedback from a potential client, whether that be the Ville de Montreal or one of our corporate partners. This is critical for bringing a product to market.”