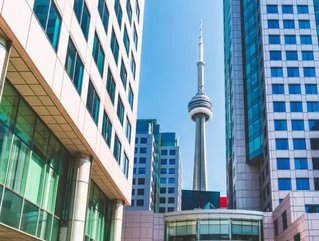 Instacart has said that it plans to expand its office in Toronto, turning it into a technology hub and hiring 200 more employees
The firm’s chief business officer, Nilam Ganenthiran, said that the office will open in 2019 and that the hiring process for its new positions has already begun, according to the Toronto Star.
San Francisco-based Instacart operates a grocery delivery service, and recently signed a deal with Walmart Canada to deliver to Walmart customers in the Greater Toronto Area and Winnipeg.
Grocery delivery in Canada has become a major focus for supermarket chains since Amazon bought Whole Foods Stores in 2017 and implicitly threatened to dominate the grocery delivery space.
Rather than initialize delivery services in-house at great expense, firms are instead opting for alliances with established delivery companies.
Other deals between grocery chains and delivery firms include Food-X’s partnership with Walmart for delivery in Vancouver, and Sobeys’ deal with British firm Ocado to build a robot-supported customer fulfilment centre in Toronto.
See more:
Sobeys’ fulfilment centre is expected to begin customer deliveries in 2020, CTV said.
Instacart also teamed up with Loblaw Companies in 2017, with service beginning in Toronto and expanding across Canada over the course of 2018.
Quoted by CTV, Ganenthiran said that customers “don’t want to plan too far ahead for when they’re going to have their groceries delivered”.
He added that “groceries really lagged the rest of e-commerce” and that Instacart has been a pioneer in changing Canadian attitudes to grocery shopping.
Instacart’s tech hub in Toronto will be its second office focused on research and development, with its original office still operating in San Francisco.
WalmartSobeysLoblaw Companiesresearch and development
Share
Share