Inventions from the Great White North 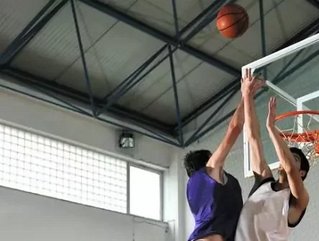 Canadian inventions are a part of everyone’s daily life. These inventions encompass a variety of products from the technological, life-saving and even just fun. Many are main staples of society today and are hard to imagine living without. Business Review Canada has highlighted seven of the best inventions Canada has to offer.

Insulin was invented by Frederick Banting, Charles Best, and James Collip. Formally released in 1922, the research leading up to the invention started as early at 1869. Originally tested successfully in the lab on dogs, they were able to determine the role pancreases plays in diabetes and develop an insulin injection to combat the disease. One successful moment for the trio was applying insulin to a ward of dying children. Before they had reached the last child in the ward, the first few injected awoke from comas caused by diabetes—much to their families’ surprise.

Java, a popular programming language, was developed by James Gosling at Sun Microsystems in 1995. Developed originally for interactive television, the language was derived mainly from C and C++ programming languages but was designed to be simpler to use. The overall Java project started in 1991 and was initially named Oak for a tree that stood outside Gosling’s office. The language has been open source since 2007.

The Garbage Bag was invented by Harry Wasylyk in 1950. Wasylyk developed the disposable green polyethylene garbage bag with Larry Hansen. Initially created for commercial use instead of home use, the first bags were sold to Winnipeg General Hospital. Hansen’s employer, the Union Carbide Company bought the invention and marketed the garbage bag for home use in the 1960 under the name Glad Garbage Bags.

The telephone was patented by Alexander Graham Bell in 1876. Trying to develop an electrical multi-reed apparatus that would transmit the human voice by telegraph, Graham’s research led to acoustic telegraphy. After receiving his patent Bell improved his invention turning it into an electromagnetic telephone that eventually led to the telephone we all use today.

The Trivial Pursuit board game was developed in 1979 by Chris Haney and Scott Abbott. The idea came after they found pieces of their Scrabble game missing and in their frustration they decided to create their own game. Released commercially in 1982, by 2004 the game sold approximately 88 million units in 26 countries available in 17 different languages. The board game includes question cards that are organized into themes. Since the original Genus edition, there have been dozens of additional question sets as well as promotional themed sets including editions such as Star Wars, Saturday Night Live, and Lord of the Rings.

Basketball was invented in 1891 by Dr. James Naismith, a physical education professor and instructor. Trying to keep his gym class active on a rainy day, Naismith wrote basic rules and nailed a peach basket onto a 10-foot elevated track. Naismith was looking for a vigorous indoor game to keep students occupied with the proper level of fitness during long winters. Originally nervous about the game he invented because many had failed beforehand, Naismith termed the new game Basket Ball.

IMAX was co-invented by Roman Kroitor with the hopes of increasing films visual impact. Kroitor and four others founded a company planning to create a better system than similar multi-projector, multi-screen systems that were faulty and currently on the market. Kroitor and the group eventually settled on a single-projector/single camera system because it became clear that a single, large-screen image had much more impact than multiple smaller screens. The first IMAX film was Tiger Child in 1970 and the first permanent IMAX system was unveiled in the Cinesphere in Toronto in 1971.

Innovation is built into Canadian history. These highly technical, vital and fun inventions just touch the tip of the genius that has come from Canada. Today, it’s hard to fathom what living in North America would be like without the opportunities these inventions have provided.