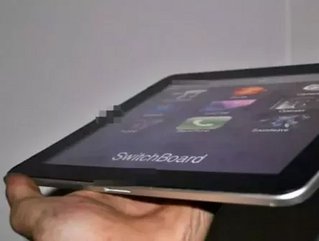 eBay has always been a great outlet for pawning off bizarre goods. This past weekend, an eBay user made a quick $10,200 by selling a rare, early prototype of the first-generation iPad.

Seven bidders fought for days over the prototype, which uniquely features two dock connection ports—one for portrait mode and one for landscape mode.  The device gives us a glimpse at a design that Apple once considered applying to the iPad.

This is one of a VERY small amount of Apple prototype devices and you rarely see these on ebay. This iPad has 16GBs of capacity, and is incredibly unique…Apple prototyped these iPads to have this connector late in the process and at the last minute decided to remove them. There are patent drawings and leaked casings that show the indents for both dock connector holes, but this unit has both dock connectors, and both are full functional for charging this iPad and connecting it to your computer.

The winning bidder is surely an Apple fanatic or collector of obscure tech devices—the seller clearly stated that the device has been refurbished and its touch screen only works sporadically.

“Be aware this is a one of a kind item, none like this have been listed on eBay before,” the seller wrote. “It comes with no warranty and is intended as a cool collectors item or if you’re interested in the hardware or software on it.”

Typically, when an Apple prototype hits the Web for purchase, the company wastes no time trying to shut down the sale and to reclaim the device. But in this case, the sale was completed without Apple interference, perhaps because of the seller’s advantageous timing.

“I knew that Apple wouldn’t be as active over the weekend, and I had a better chance of Apple not taking it down,” he told Wired, under the condition of anonymity.

He concedes that the prototype was likely stolen from Apple but insists that he purchased it from a co-worker.

Apple doesn’t need to worry too much about tracking the seller down to reclaim its loss. His plans for the money he earned are in the company’s best interests.

“I plan to save it and buy a new iPhone 5 or new MacBook Pro when it comes out,” he said. “It will definitely get back to Apple.”