The iPhone 6 goes into production in May 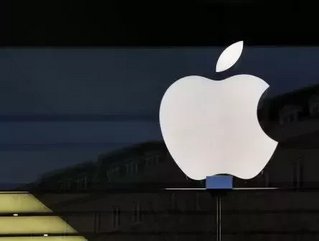 The iPhone rumor mill is churning once again after reports suggest that Apple suppliers could begin mass producing displays for the next iPhone as early as May. The latest in the iPhone family (iPhone 6) is expected to launch this autumn. It is believed that the first devices will have a 4.7-inch screen, however a larger 5.5-inch version is also in the pipeline according to supply chain sources.

The sources, which could not be identified, revealed that Japan Display Inc., Sharp Corp., and South Korea’s LG Display Co. Ltd. have all been earmarked to produce the new screens. Representatives from the three suppliers and for Apple declined to comment on the revelation.

The newly proposed iPhone 6 screens will be larger than the existing 4.0-inch screens currently used on the iPhone 5C and iPhone 5S models.

If the sources are correct, the larger screen suggests that Apple is feeling the pressure from rival companies such as Samsung, which has been producing larger screened devices for some time. It is fair to suggest that Apple CEO Tim Cook will be feeling increasing pressure amid demands from consumers for the tech pioneer to once again revolutionize the gadget industry.

Apple's shares have weakened below $600 since November 2012, in part because of worries about smartphone market saturation and its ability to stay at the forefront of tech innovation.

The new iPhone 6 screens are expected to use in-cell touch panel technology, which will be built directly into the screens, allowing for thinner construction. The same technology currently used with the iPhone 5.

However there are reports that Apple is facing difficulties with in-cell production technology for the larger 5.5-inch size. Due to this, a decision was made to begin mass production with the 4.7-inch version alone, said a source.

Production of 5.5-inch screens is expected to start several months later, with the possibility of a shift to a film sensor instead of in-cell technology for that size, the source said.

Japan Display will be the first supplier to start production at its flagship plant at Mobara, east of Tokyo, as early as May. The others are due to begin output around June.