The iPhone: a history 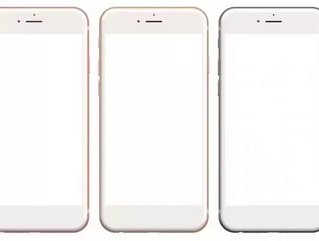 Launched in June 2007, the iPhone broke ground within the smartphone industry through the use of a touchscreen interface, virtual keyboard, use of third-party software such as Safari and iOS, alongside differing levels of storage which impact on target price.

As a result of the launch of the iPhone 7, we take a look at Apple’s continuing efforts to remain at the forefront of innovation whilst catering towards increased customer needs through the development of the iPhone in the last eight years.

iPhone 3G (2008) – Renowned as the second generation iPhone, the iPhone 3G was constructed to be larger than its predecessor, but still incorporated a 2.0-megapixel camera, with continual updates to its mobile operating systems upon its release.

iPhone 3GS (2009) – With a higher resolution camera, the iPhone 3GS was the successor to iPhone 3G, with increased speed and performance. The phone incorporated voice control and over 5 hours of internet surfing. However, it is now no longer available, with its successors in increased demand upon release.

iPhone 4 (2010) – Along with a smoother, sleeker design, the iPhone 4 was the slimmest iPhone model to be released at this stage. Launched in 2010 in America, it was discontinued in 2013.

iPhone 4S (2011) – With over a million sales within 24 hours of its launch, the iPhone 4S was a commercial success. Introducing Siri, an iconic voice control system used to undertake tasks for users, it is also the best-selling iPhone yet to hit the market.

iPhone 5 (2012) – Interest in the iPhone 5 exceeded expectations, with over two million pre-orders placed before its official launch, outstripping all supplies by the time the smartphone was available to launch in stores.

The phone adopted a larger screen and lighter design, with the ability to text via voice control and use of iMessage. The smartphone was discontinued shortly after its release with the launch of the iPhone 5C and the iPhone 5S.

iPhone 5C & iPhone 5S (2013) – Although not as much of a commercial success of iPhone 5S, the iPhone 5C was constructed to appeal as a more cost effective alternative to traditional iPhones.

However, the iPhone 5S incorporated finger-print recognition software, Wi-Fi sharing platform and sophisticated camera with facial recognition, becoming one of the best-selling mobile phones in 2013.

iPhone SE (2016) – The iPhone SE is known for its formidable camera within its small build, incorporating a variety of colours for consumers, live photos and use of Apple Pay