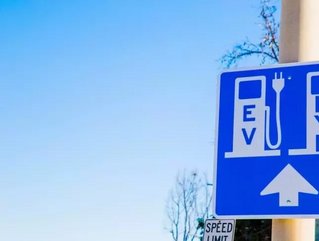 According to GreenCarReports, there were 33 hydrogen refueling stations in the state of California in 2018, serving approximately 4,200 fuel cell cars. This number of vehicles is expected to grow dramatically over the next few years, as the effective range of hydrogen cell-powered vehicles increases beyond 300km as standard.

Japanese automakers are at the head of the hydrogen fuel cell car revolution in the US, with Toyota selling more than 5,000 units of its flagship fuel cell car, the Mirai, since its launch in 2015. Hydrogen fuel cells are already an established fuel source in the commercial sector, being commonly used to power forklift trucks and other industrial equipment.

Many industry leaders believe the technology could soon rival gasoline and batteries as a power source, although Elon Musk has described the technology as “mind-bogglingly stupid”.

Mineharu Okamoto, president of Iwatani Corporation of America, commented: "The four California stations are the first of a series of stations intended by Iwatani for deployment in the western part of the United States. Iwatani is committed to continuously improving the customers' experience and a number of upgrades are planned for the acquired stations. Our multi-year development program is aligned with plans by automakers and the state of California to extend the hydrogen supply chain infrastructure and make fuel cell electric vehicles available to consumers in the expanding U.S. market."

Mr. Okamoto continued, "California is committed to reducing greenhouse gas emissions, specifically from on-road motor vehicles, and has demonstrated significant support for the creation of a hydrogen infrastructure which is what attracted Iwatani to invest in California as well as establishing its new Branch Office in Santa Clara. Several state agencies, including the California Energy Commission, Bay Area Air Quality Management District and the South Coast Area Quality Management District, have provided important and much appreciated grant funding towards the development of these stations as well as funding that in part offsets on-going maintenance expenses."