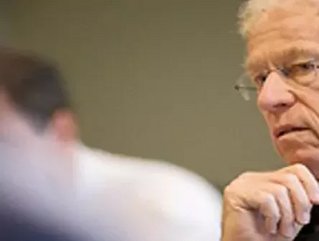 John A Tory, attorney, financial advisor, and previous Rogers board member, died on Sunday, two days after suffering a stroke. Tory was a well known lawyer and advisor to media companies in Canada.

Tory, who was 81, was joined by family at his bedside in his winter home in Florida, where he was residing at the time of the stroke.

John A Tory started his extensive career as an attorney and financial advisor at Tory and Tory’s law firm, now Tory’s LLP, with his twin brother in 1954. After the successful development of Torys, John ceased practicing law in 1974 and became an advisor to the Thompson family. This led his appointment as President of The Woodbridge Company from 1973 to 1978. The Woodbridge Company is a Thompson family holding company that owns and runs prestigious companies such as Thompson Reuters and The Globe and Mail. Additionally, Tory served on Rogers Communications board of directors from 1979 until his recent retirement.

"Our thoughts, prayers and deepest sympathy go out to Liz Tory and all her family at this time for their loss," said Alan Horn, Chairman of the Board of Rogers Communications, in a statement. "John was a great man who was kind, wise and generous to everyone. He was a dear friend and confidant of Ted Rogers, the entire Rogers family and everyone at Rogers Communications from our very beginnings. He will be sorely missed in so many respects."

John A Tory will be sincerely remembered as a great Canadian that developed Thompson Corp and Rogers Communications into the media conglomerates they are today.