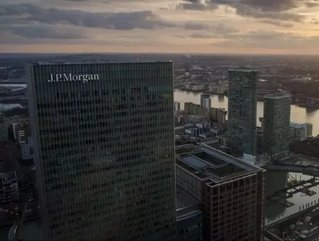 JP Morgan Chase is looking to reduce its energy consumption by 15% and has partnered with General Electric’s Current start-up to help them achieve it. Here are its areas of focus:

-    JP Morgan wants to reduce the company’s environmental impact across its 4,500 branches in the United States.
-    It aims to cut lighting consumption by half and water consumption by a fifth.
-    Solar technology will be installed at branches in California.
-    Over $200m will be invested to reduce the bank’s carbon footprint.
-    It expects to recoup that money through savings on energy over the next ten years.
-    Long-term goal is to reduce greenhouse gas emissions by 50% by 2020 compared to 2005 figures.

The collaboration between the two companies started in 2016 when Current was tasked with installing LED lighting in the majority of JP Morgan’s branches.

“As we think about the future of our branch and workplace, we're always looking for smart strategies that make our business and buildings more sustainable,” said David Owen, chief administrative office of JP Morgan.

“This technology will help us run our facilities more efficiently, reduce energy consumption and improve the experience for our clients, customers and employees.”

Current President and CEO Maryrose Sylvester believes this is just the beginning for the company as it looks to establish itself in the market.

“This is the first big headline deal,” said Sylvester. “We know this space where this would make sense for early adoption is retail banking, big box retail, industrial facilities and cities.

“The goal is to become a trusted adviser on energy and then move them to a digital platform.”

Current was launched in 2015 as GE joined its energy and power technologies with its industrial internet platform and it turned over $1bn of revenue in its first year.