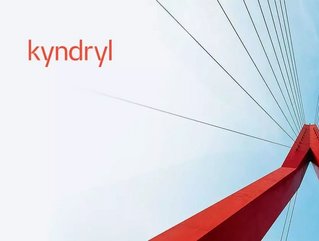 Kyndryl, the spinoff of tech services business from IBM, continues to expand its management team, naming a veteran company exec as its U.S. president

Kyndryl, the independent public company that will be created following the separation of IBM's Managed Infrastructure Services business, announced that it has appointed Matt Milton as Kyndryl's President in the US.

Milton is currently General Manager, Financial Services Market, for IBM Global Technology Services, Americas. He is responsible for partnering with financial industry organisations to leverage data, cloud, cognitive and security technologies to modernise and run critical infrastructure. In this role, Mr. Milton has extensive experience creating strategic partnerships that create long-term value for both parties. He has been with IBM for nearly 20 years and was previously General Manager for the Communications market in the Americas.

"Supporting our customers' technological transformations is a great responsibility because these are the vital systems that power human progress," said Mr. Milton.  "I am thrilled to lead the world-class U.S. team for Kyndryl. Together we will partner with customers to address their toughest challenges and modernise and run their most essential infrastructure."

"Kyndryl will organise around our customers and ensure we are providing access to senior leadership and the best talent and skills in each market," said Kyndryl Chief Executive Officer Martin Schroeter. "I am pleased that Matt will lead our team in the U.S., a key market for Kyndryl. He is an inspiring leader who is committed to helping our customers reach their peak digital performance and achieve their biggest ambitions."

Some other members of the senior leadership team include:

Martin Schroeter, Chief Executive Officer - Martin was named the inaugural CEO of Kyndryl in January 2021. Previously Martin served as IBM’s Senior Vice President, Global Markets, between January 2018 and April 2020. In that role, he had responsibility for IBM’s global sales, customer relationships and satisfaction and worldwide geographic operations. He also oversaw IBM’s marketing and communications functions and was responsible for building the company’s brand and reputation globally.

Elly Keinan, Group President - Elly was most recently a venture partner at Pitango Venture Capital, Israel’s leading venture capital group, focused on scaling the success of growth stage technology companies. Prior to this, he served as General Manager of IBM North America and Chairman of IBM Japan, and held top leadership roles in Latin America and Europe.

Maria Bartolome Winans, Chief Marketing Officer - Maria B. Winans, is a recognised expert in data-driven marketing, brand engagement and proactive demand generation. Maria came to Kyndryl after a 25-year career at IBM, most recently as CMO for IBM Americas where she oversaw all marketing professionals and activities across North America, Canada and Latin America.