The Latest in iPhone, BlackBerry and Droid 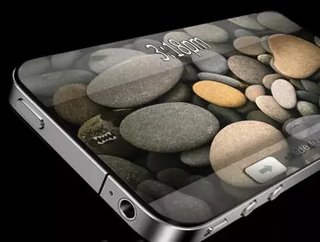 We can’t help but write about smartphones every week and month, because really, there seems to be news everyday about product launches, new spec releases on devices, media events that unveil new gadgets, and simply, smartphones are just a constant topic of conversation in every part of the world. Take a look at what’s new in the smartphone world and what the industry players, Apple, RIM and Motorola, are offering in the upcoming months.

We’re just a few months away from the summer and you know what that means. No, not a vacation out in the Bahamas or Hawaii. Instead, Apple is bound to make an announcement this summer about the latest version of its iPhone – the iPhone 5. It feels like just months ago when Verizon Wireless finally got its hands on the iPhone 4, and bloggers and tech nerds are already tweeting and geeking out about the iPhone 5 specs that may or may not become reality in the future.

Here are some of the iPhone 5 rumors that have poked its head on the interwebs:

• Summer release data around June or July
• An A5 processor that will be based on a Cortex A9 design, making for an increase in performance and possible longer battery life.
• Upgraded integrated graphics and video processor AKA IGPU. A new and more improved graphics processor would boost the emphasis on multimedia and heavy video and app usage. There are also hopes than an HDMI-output to TVs.
• Near-field communication (NFC) technology would allow users to keep their credit cards at home and pay for goods and services by waving their iPhone 5 over a terminal. Rumors also say that iTunes would help to manage debit and credit accounts, completely making a wallet obsolete in the future.
• The comedic “death grip” antenna scandal caused quite the commotion when the iPhone 4 was first released by AT&T and causes signal problems. Apple is rumored to be in the process of changing the antenna design so that death grip 2011 doesn’t repeat itself.
• More memory and more storage are always welcomed. An increase in screen size may also be a possibility, even though there were rumors earlier this year about a nano iPhone hitting the market this year.
• If you’re a proud owner of the iPhone 4, you’re already very impressed by the 5 MP and 720p video camera. Possible upgrades with the iPhone 5 could make for an 8 MP and 1080p video camera.
• While everyone else is talking about 4G, Apple is looking to Qualcomm’s dual GSM/CDMA chip for the new phone.
• It’s still up in the air whether or not Verizon will get the iPhone 5 at the same time that AT&T will. Who knows if Apple will offer the phone first to AT&T, since its allegiance served them initially.

We’ll be interested to see how the new iPhone 5 pans out, which carrier gets the phone first, and what capabilities this smartphone will offer.

BlackBerry is, what some would say, the first in the smartphone solutions for business executives and RIM is constantly innovating its products and launching mobile phones that help to improve efficiencies, even when you’re out of the office. In a recent video from BlackBerry, Mike Lazaridis, President and Co-CEO speaks on the history and features of its products.

In this video, Lazaridis says, the BlackBerry became the “first wireless, push, secure, corporate email solution” more than 10 years ago. “It’s the No. 1 corporate email solution, the No. 1 smartphone in North America, and No. 2 smartphone around the world,” he says in the video. “It’s the result of two decades of research and development and perseverance by a company that really had one focus and one passion.”

While BlackBerry has made quite the name for itself in recent years, RIM’s first tablet, the PlayBook is poised to be just as successful as its sister products. The PlayBook features:

For the jetsetter in you, one of Droid’s latest offerings in the Droid 2 Global and allows users to have the same functions of their phone on more than 220 countries. The Verizon world phone automatically detects and switches to the GSM network, making for smartphone operations overseas simple.

Some of features of the Droid 2 Global include:
• 1.2 GHz processor on the Android OS 2.2
• Acts as a mobile hotspot with up to 5 other Wi-Fi enabled devices
• International power adapters
• 8 GB of onboard memory; 8 GB pre-installed Micro SD card
• 5 MP camera
• Runs on CDMA and GSM networks, allowing for international use