Learn the value of Carbon3D and how it’s gaining funding 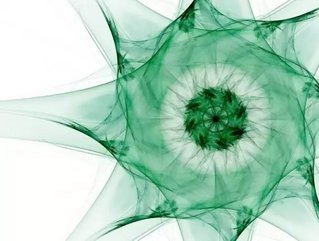 There’s a new approach to 3D printing! Not only is this innovating idea creating a lot of buzz, it’s also gaining some cold, hard cash! Carbon3D Inc. has recently raised $100 million from Google Ventures and others. But even more impressive, the company has a valuation of about $1 billion. Pretty impressive, right?

A source familiar with the project, who wishes to remain nameless, has released the information regarding the funding behind Carbon3D Inc. Yuri Milner, the co-founder of Mail.Ru Group Ltd., has also been stated as someone who has supported the new technology by offering funding.

Based out of Redwood City, California, Carbon3D uses CLIP—Continuous Liquid Interface Production—to differentiate from simple 2D printing. This new technology is known to grow parts instead of just printing them layer by layer. CLIP even allows businesses to produce commercial quality parts at game-changing speeds versus offering mechanically weak and limited material choices as done by 2D printing.

Carbon3D joins the growing list of devices that can create or print objects from a digital mock-up. Simply put, the company is promising to speed up the entire process for creating objects from a printer with its usage of ultraviolet light and oxygen.

Regarding the investment, a general partner at Google Ventures said, “Carbon3D’s printing technology is an order of magnitude faster than existing technologies.” He added, “Carbon3D’s technology has the potential to dramatically expand the 3-D printing market beyond where it stands today and reshape the manufacturing landscape.”

Interestingly enough, Carbon3D isn’t the only company that has gained $1 billion or more from investors. New technologies seem to be hot at the moment; those who have money are taking notice and getting involved, as they have done with Carbon3D.

Past investors for the company include Sequoia Capital, Silver Lake Kraftwerk and Northgate Capital.

Customers who have had the privilege of being granted early access to the technology are the Ford Motor Company and special effects companies in Hollywood. And both seem to largely agree that the product saves on time, money and stress.

The company is even hiring a range of professionals to join its team! Listed on their website, “Thinkers, Tinkerers, Programmers, Chemists and Engineers, now hiring.”

Do you think you have what it takes to join this growing force and be a part of innovating technology?

RELATED TOPIC: The rise of 3D printing in construction (and why you should take note)