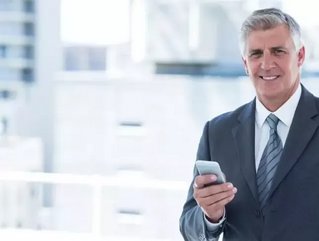 While the LG Electronics Inc. G4 smartphone has already been released, there is reason to think that LG is about to release a successor. According to a rumor posted on Weibo, a Chinese social networking site, the Korean company is readying itself to launch an updated Pro version of the G4 later this year. So reports Value Walk.

The possibility, though, goes further than a rumor. It has been suggested previously that LG would release an updated version of its flagship smartphone before the end of the year. It’s very possible that LG was disappointed with sales of its LG G4 and it is looking to make a market comeback by designing a phone even more impressive than the underperforming model.

Related Story: Researcher Happens on a New Battery for Smartphones That Can Be Charged in a Minute

Value Walk also reports that going back to the LG G3, the Korean company’s gadgets have been critically received as well, if not better than Samsung and Apple’s smart phones. Unfortunately, sales have not reflected this.

It’s precisely because of this last fact that it has been suggested that LG would release a better phone than the LG G4 before year’s end Value Walk reports that the rumor is purported to come from “close to the LG supply chain, and it suggests that we could see an LG G4 Pro version of the smartphone released sometime late in Q3 or early Q4.”

Related Story: Amazon’s First Foray into the Smartphone Market and What it Means for Business

Following are four ways the LG G4 Pro smartphone will outclass its Apple and Samsung competitors, according to Value Walk.

1. Superior camera: “the rear-facing camera in the LG G4 will be quite staggeringly increased. The 16-megapixel snapper included in the LG G4 is already noted as being one of the most powerful photographic devices in any smartphone available on the mass market. But the report suggests that LG will increase the rear-facing camera to 27-megapixels; certainly a huge shift if this rumor turns out to be correct.”

2. New and more powerful chip: This is the one area where the LG G4 most clearly failed to compete with its most obvious rival, the Samsung Galaxy S6. “It’s hoped that by upgrading to Qualcomm, Inc.’s latest 808 chip that the LG G4 will be able to compete with the Galaxy Note 5 and Galaxy S6,” writes Value Walk. LG must also consider that Apple will soon release the iPhone 6S, and to compete, it better create a gem of a phone.

With these and other advantages, it’s very possible that  before the end of the year, LG will have a truly competitive device to fight for market share against the upcoming Apple and Samsung gadgets.