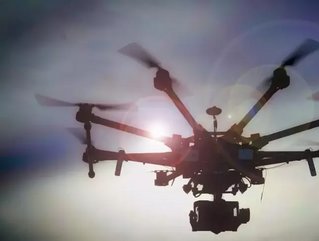 Texas-based startup, LIFT Aircraft, unveiled on Tuesday its new electric, vertical takeoff and landing vehicle, Hexa, in a bid to make “flying so simple, safe and inexpensive that anyone can do it with very little skill or special training” said company CEO Matt Chasen. “We’re truly consumerizing flying for the first time in history.”

According to a report by CityLab released in February, the cumulative economic cost of congestion in the United States totalled US$305bn in 2017, with Los Angeles, New York and San Francisco leading the nation with $63.5bn in losses.

“Most important, in my mind, is the environmental cost”, said transit journalist John Surico in an interview with Motherboard. “Our transportation choices are now the leading cause of climate emissions.”

LIFT Aircraft’s goal is the reinvention of short-haul travel in congested urban and suburban environments. Operating its new ultralight semi-autonomous aircraft in the vein of ride-hailing companies like Uber and Lyft would see customers make journeys of up to ten miles for approximately $20, according to Motherboard.

Before bringing its multi-rotor, self-stabilizing passenger drone to the commercial transportation market however, Chasen believes that the first step is to leverage LIFT’s aircraft for recreational flight.

"Multi-seat eVTOL air taxis, especially those that are designed to transition to wingborne flight, are probably 10 years away and will require new regulations and significant advances in battery technology to be practical and safe”, Chasen says.

The first step for the Texas startup is to open up LIFT locations, where anyone over the age of 18, under 6’5ft and 250lbs, will be able to rent aircraft for scenic flights around scenic and uncongested areas near major metro areas, tourist destinations and entertainment hubs.

Chasen says: "Flying is probably the oldest and most enduring of human aspirations. Personal aviation is available today but it's only accessible to the lucky few with the money, time and skill to get the extensive training needed to fly traditional aircraft. At LIFT, we're making flying so simple, safe and inexpensive that anyone can do it with very little skill or special training. We're truly consumerizing flying for the first time in history".