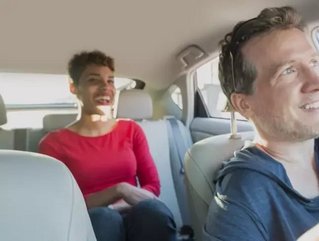 Ridesharing startup Lyft is currently in talks with an advisor to launch an IPO early next year, Bloomberg reported
Lyft’s valuation has doubled in the past year, rising to US$15.1bn in its latest round of funding.
The firm is aiming to begin talks with banks in September, working alongside IPO specialists Class V Group LLC.
While Uber, Lyft’s direct competition, remains one the most valuable startups in the world and also plans to launch an IPO in 2019, Lyft stands to go public in advance of its rival, Reuters said.
According to CNBC in May, “As of March, Second Measure put Lyft’s market share at 27% and Uber’s at 73%” whilst stating in the same article that Lyft had announced this figure had risen to 35% in the US and that it “enjoys majority share in ‘multiple’ markets”.
Uber’s market share may remain dominant, but Lyft operates in a near-identical number of US cities to its rival and is well-placed to capitalize on the opportunity to enter the stock market first.
See more:
Both companies are facing pressure regarding background checks on their drivers, with CNET’s Download suggesting that “Uber and Lyft are putting passengers in danger” with reportedly lax measures they each have in place.
The pressure is compounded by two recent passenger murders by drivers of DiDi, the current leader in China’s fledgling ridesharing market, which have significantly damaged the company’s reputation.
Download reported: “Around the world, 51 reported deaths have been tied to passengers of Uber and Lyft services since 2014. Since 2013, 101 physical assaults and 384 sexual assaults have been alleged against Uber and Lyft drivers”.
initial public offeringIPOappsUber
Share
Share